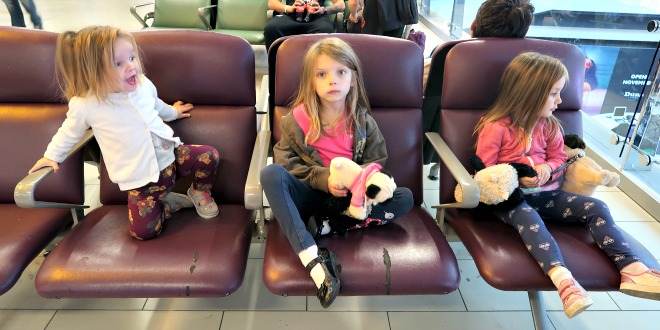 6 Things No One Tells You About Travelling With Kids

Travelling with kids is great fun. And by fun we mean it’s like spending a few hours in one of Dante’s seven circles of hell.

While you might consider that reference to be a little extreme, here are six things no one tells you about travelling with kids to change your mind:

Forget packing your own clothes for a trip, your one-year-old requires so many baby wipes for a weekend break you may consider hiring a trailer for the event. On top of this there’s also spare clothes for after every meal, shoes for every possible occasion and a box full of ‘just in case’ toys and entertainment.

The music won’t be your choice

Don’t even think about sticking Radio 2 on. When the kids are in the car they will only listen to the Frozen soundtrack or a compilation of nursery rhymes sung by a shrill woman on that YouTube video you’re subjected to at home. You’ll notice the torture behind your partner’s eyes when you begrudgingly give in and let them listen to the ‘Wheels on the Bus’ for the fifteenth time.

The backseat won’t be recognisable once you arrive

Snacks, felt tip, glitter (we’re not sure where that will come from) – that backseat is going to look like some natural disaster occurred.

There will be tears

Someone will pull someone’s hair or not share the biscuits or pull the head off a doll or you’ll refuse to play the ‘Wheels on the Bus’ again and you and your partner will have to sit in the front and try to placate the standoff taking place in the back. On average, an hour-long car journey will experience around three tantrums and one argument. Be prepared.

Kids have no sense of urgency, therefore if you’re running late expect to be even later due to your little one’s demands along the way. They’ll want to stop to use the toilet, get changed, eat some food, be sick (they won’t) and because they really want to stop and see those cows in the field.

Someone will need the bathroom five minutes into the journey

Your youngest assured you they had been just before you left and in your rush to get out of the house you naively believed them. This means either turning around and heading back home, or sticking it out and ignoring the screams from the backseat.

Of course, ignoring their claims is entirely at your peril should they actually need to go and an accident occur, which isn’t great news if you’re leasing a car. But don’t worry… remember all those baby wipes you have. And if you need further advice, try this article from the Telegraph…