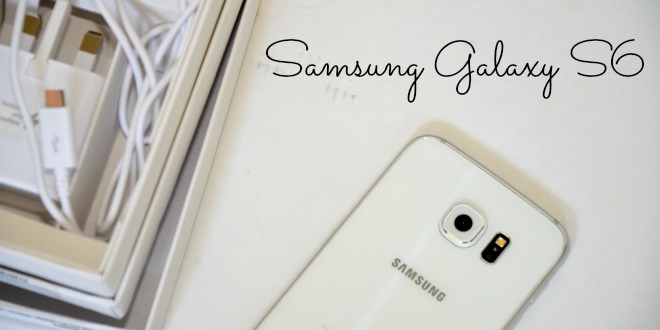 A Day Out with Three Mobile & A Samsung Galaxy S6 Review

I am without a doubt loyal to my iPhone. After all I have had an iPhone for the past six years and with Hubby also owning an iPhone and being able to message each other for free is just one of the reasons I haven’t changed. But when Samsung released a much bigger phone to the iPhone a few years ago I was really jealous and torn. Being a blogger who likes to also read other blogs I wanted a bigger screen to view them on but then of course, Apple joined the band wagon and I’m yet to convert.

A few days ago we were sent the brand new Samsung Galaxy S6 to trial with Three Mobile. I was super excited to try a different brand even though I felt like I was betraying my beloved iPhone 5. My first thoughts that the device was absolutely huge compared to my current phone, it’s also slim and light weight too. I decided that I would use the phone for my social media activities and for taking photos whilst it was with us. I soon got to work snapping away and learning all about the Android operating system.(The following photos are all taken from the Samsung Galaxy S6)

The screen was super crisp, bright and very clear. I am not a technology person, I have absolutely no idea about the numbers and technical terms but the Samsung Galaxy S6 has a 5.1″ Quad HD Super AMOLED 2560 x 1440, 577 PPI. It has a 64-bit processor which simply means power and speed. The phone is super slim too.

Back to English terms and ones I understand. The phone is really fast when searching the internet and generally navigating around it. With the clear screen it’s been such a joy to be on social media apps. I have found that the touch buttons around the Home Button are super sensitive which of course is a good thing, but with the phone being so slim and so large I’ve naturally been trying to hold the phone around the bottom which means I accidentally press one of the touch buttons. As part of the trial period we were asked to use the phone during a trip to The Natural History Museum. The rear-facing camera of the Samsung Galaxy S6 has 16mp which is about the same as my DSLR which is 16.2mp so with this in mind I was pretty excited. We had been booked in to the Sensational Butterflies Exhibition that is being held just outside the Natural History Museum building. We travelled by train and I made sure to snap some moments that I normally would with my phone, not touching my poor neglected iPhone that was sitting in my pocket.

In the end we decided to ask my MiL to babysit P3 as we wanted to focus on the other two for once and try to be stress free. When we have all three we are always very outnumbered and one of us has to be with the baby at all times whilst the other one battles to round up P1 and P2 who are making their way very quickly in different directions. That combination on a train and in a busy, half-term Museum was not a combination I was looking forward to. So poor P3 was sent off and had a lovely day with Hubby’s family. With time to spare before our booked slot in the Sensational Butterflies and a huge queue leading from the Museum we decided to sit in the lovely sun and have a few of our packed sandwiches whilst the girls ran around. We then exchanged our tickets and were shown our way into the Butterfly House. The girls were given little stamp sheets to learn about the life cycle of a caterpillar and collect various stamps as they went around.

It was hot as expected in the butterfly house but it was simply beautiful. We used to have a similar butterfly house/zoo where we used to live in Essex that we visited regular and although the tropical house there was stunning and much bigger, it was always hard to actually find the butterflies, the Natural History Museum’s butterfly house was absolutely packed with so many different types of butterfly. I even had one land on my head which of course wasn’t captured as by the time we reached for the camera it had flown off!

It was so lovely to see the girls absolutely amazed. It was P2s first ever experience of something like this since she was a tiny baby. The Samsung Galaxy S6 has such a wide angled view which is something very different to the iPhone 5. It means I can actually capture a full body shot of my 6ft husband and still get a really lovely view of the background too! The zoom is also really great too, barely losing any quality (the left hand top image above of the brown butterflies was zoomed).

Once we explored that butterfly house and the girls learnt about butterflies, chrysalis and caterpillars we headed for the actual Museum. It’s free to enter unlike the Sensational Butterflies Exhibit which costs £22 for a family. I definitely think it is worth that money too and when you present your tickets to the Museum doors you can fast track the queue too which was certainly worthwhile during a half-term visit as the queue was huge. I wasn’t sure how the kids would react to the museum, well more P2 as P1 has been to the NHM several times in her lifetime. But I always imagine museums to be pretty boring when you can’t read and actually learn about all the different exhibits. Both girls were enthralled by the dinosaur in the hall and loved seeing all the animals. They were also quite taken by the Human Biology part as there were plenty of interactive parts there.

We had a really relaxed day as a whole and despite P1 walking into various people several times, we had no need to tell anyone off. Both girls behaved well and enjoyed each others company which was lovely and I think we definitely made the right decision not to take P3 with us. On the way home we stopped in the little park just by Embankment Underground Station. The sun was shining and it was so peaceful. Hubby went to get us a McDonald’s treat and then we headed for the train home. We stopped off at our local park on the way back as the weather was still so lovely and it’s very close by to the train station through a big field. The below photo is so stunning and the quality of it is so very perfect. It’s hard to believe that it was a photo taken from a camera phone! I’m actually so pleased with nearly all of the photos I took during our day out and whilst using the phone at home too. Even in the not so fantastic lightening the camera still manages to produce a good photo.

I have found that the shutter speed isn’t amazing meaning we’ve had quite a few blurred images of the girls when they’re moving. But the camera has so many little modes and settings that I’m sure if you understood photography a bit better than I do you’d be able to figure out how best to shoot the action moments. I also filmed on our day out using the Samsung Galaxy S6. I found it really easy to navigate the recording feature. Once you press the video button it instantly starts the recording. You can also pause which is such a fantastic feature and something my iPhone doesn’t do. You can view the video I created here:

When I was inspecting the images, some of them were 7mb in size which is just crazy for a phone photo. I have been very impressed, even Hubby is impressed by the specs and features of the Samsung Galaxy S6 and that is certainly saying something for the I.T geek and Apple obsessed man he is! I love the Samsung Galaxy S6. I really do. I love the size and I especially love the camera. I still find the operating system hard to get used to even after a few days of using it but I do think that’s because I am an Apple lover through and through. I think the Samsung Galaxy S6 is the perfect phone for a blogger or for someone who needs to take brilliant quality photos but does not have the budget to have a DSLR.

You can buy the Samsung Galaxy S6 with Samsung direct for £559.99 which is by no means a cheap phone but the phone is completely worth that price if you take in account that you do not need an extra camera. Or you can get a Pay Monthly Plan from £39 with Three Mobile. I personally wouldn’t buy the Samsung Galaxy S6 but if you don’t this is such a perfect compromise. I am simply too much of an Apple addict and we’ll be purchasing the new iPhone 6 Plus as soon as our budget allows.