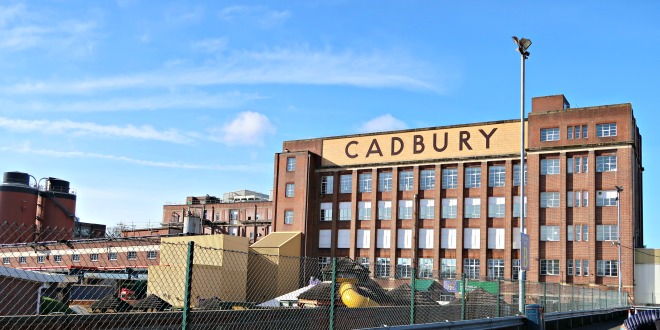 A Family Trip To Cadbury World 2017

It’s been quite a few years since my first ever visit to Cadbury World. I remember having an amazing time and had only been back once again when P1 was very young. Over the past five years I have tried to convince Hubby to let us go there as a family and finally we went. We arrived about half an hour after opening time on a weekend. The over flow car park was already in use and filling up fast. As you open the car doors you are installing hit by the delicious smell of chocolate. I definitely think that’s the best smell ever and it should be turned into a perfume or room spray. The staff in the reception were cheery and very helpful. There was a slight queue to enter the initial zone of Cadbury World. Just as you enter, you are handed free chocolate bars – four bars for each of the people in your party, so we ended up with twenty chocolate bars to pop into our stroller. Cadbury World is set out as a one way exhibition self tour of the factory. It’s set out in different rooms and sections. The first one is a little daunting as it’s dark, set in a jungle and tells the history of the cocoa bean. It’s interesting for adults but I wouldn’t really say it was that great for the girls. In fact the first few rooms were pretty cramped with people, the girls were definitely not interestied in the projector demonstrationsand tales of history. Hubby and I found it really interesting. Things got much more interesting for the girls after that. There was an interactive TV section where you could learn how Cadbury produces some of their chocolate like Buttons and Creme Egg. It was so amazing just how quickly the machinery works in the factory. The packaging area is currently closed for development which is a little annoying as that’s the part I remember from my childhood trip. There’s lots of posters and signage with history and information on to keeo you entertains as you walk through. You exit the packaging area onto a bit that is still working and you are able to sample some melted chocolate with a topping of your choice. The tour then takes you through to the Advertising Lane where you can see all the old TV adverts and the very famous Gorilla is also there showcasing his drum skills. There’s also a fun interactive zone for the kids to play in which was probably one of the highlights for the girls. The weather was surprisingly sunny which meant we were able to enjoy some time in the really large outdoor play area. As far as I could see this is also open to the public as you have to come out of Cadbury World and walk around the side to access it. I don’t remember having to do this in previous years but I might be wrong. We were lucky enough to catch Freddo and Chucklebean for a quick photo. P3 was too scared to go near them unfortunately. We had some time to kill before the Sooty Show so the girls play in the playground, stuffed our faces with chocolate and Hubby took the older two into the 4D Adventure, there was a slight queue but they got in quite quickly. He said that it was a cinema with moving seats however the graphics were quite dated and not really aimed for young children. I definitely think that the Sooty Show was the best part of our day. It was entertaining and engaging. The girls were laughing continuously and I felt that this was really focused on the children. Sooty isn’t there all the time but Cadbury World hosts many different themed events throughout the year.

Overall we honestly had a brilliant time at Cadbury World. It has its flaws and I definitely think that many parts need to be modernised and updated quite a bit for it to be more appealing for children. It is also definitely not a full day trip and the tour takes just over about two hours in total. I think it’s quite expensive but at the same time, I found the day really enlightening and interesting.

You can get more of a feel for our day with this video:

Parts of Cadbury World could definitely do with a makeover and modernisation. However, we had a brilliant morning at Cadbury. The chocolate aroma everywhere you go is just delightful. The factory is clean and the staff are very helpful.

User Rating: Be the first one !
Share
Previous Siblings 2017 – March
Next The Belfry Hotel & Resort Review