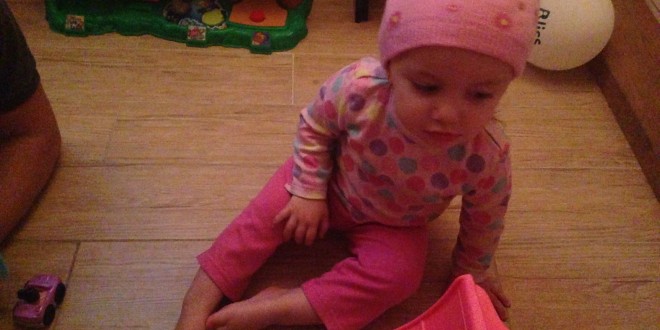 A Fear Of Darkness

Our day started slow. After having a night of P2 waking every hour I’d decided to laze in bed for a few hours whilst the girls played and watched a film. I knew I needed to get a doctors appointment for P1 and myself – P1 has had a few lumpy scabs appear on her scalp and I was pretty sure I’ve got some sort of infection down below. At 8:45am I gave the doctors a call to be told that the only appointment they had available was at 9:15am.

That’s when everything flipped and seemed to go in ultra fast. I don’t think we’ve ever moved so quick to get ready and surprisingly we made it on time. By the time we’d seen the doctor and had both been prescribed antibiotics, creams and shampoo, it was already nearly 11am!! Lunch and nap time was over by 2pm, then the afternoon went just as quick with a visit from my MiL. Before I had the chance to blink it was bedtime.

Bedtime itself went smoother than usual and I was downstairs by half 8. I’d enjoyed my fix of Hollyoaks and EastEnders when P2 suddenly started screaming. It wasn’t her usual cry and I went running up the stairs to find her trying to squeeze through the gap in the door. She was in a state. I cuddled her close and resettled her with her milk and dummy. Then left the room like normal.

About 10minutes later the same thing happened. Her screaming was awful and she took longer to calm down, it was actually hubby who comforted her enough to stop the crying. I made the decision to take her downstairs to break her sleep in case it was a bad dream. She perked up and played with hubby for a while. We kept the lights low and this was when we noticed what seemed like a fear that P2 had. She kept refusing to go into the darker kitchen. I took her up to bed where she just lay quietly in the dark staring into the dark of her bedroom. It took about half an hour before she finally fell asleep at 11:30pm. By the time I got ready for bed and laid down, there P2 was screaming and running across the hall to us. She ended up spending the majority of the night sandwiched between hubby and me. At 4:30am I returned her to her bed and she slept until 7:30.

With sleep already being very disturbed, I’m quite worried about tonight… And the next night. To see whether she has a fear of darkness or if it was a one off. I’m concerned it could also be her sudden realisation that there’s a baby inside my belly as she has been very clingy to me the past few days.

Do you have any tips for darkness fears?