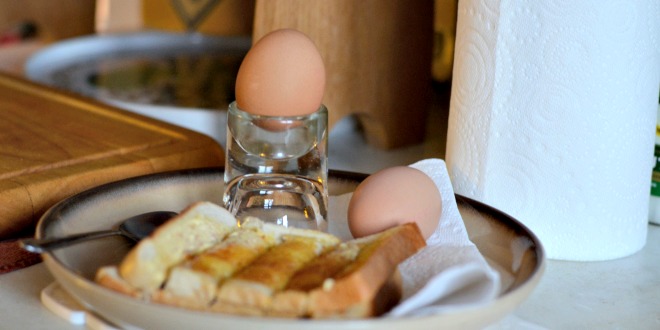 A Sleepover At My Grandad’s

Just over a week ago hubby had planned a trip to see his Nan who had just had an operation. It meant that I was going to be home for a couple of days (one night) on my own with the three girls. Part of me was excited and part of me dreaded it. So hubby suggested that I go and stay with my Grandad. So we arranged a two night sleepover. Leading up to the day I felt sick every time I mentioned the sleepover but I couldn’t figure out why I felt this way. It was the same sort of feeling I got each time I had an overnight hospital stay, I realised that I was actually scared about leaving hubby. Some might call that romantic. But I had nothing to worried about. On Sunday afternoon, after hubby said his goodbyes to us, Grandad and I headed up to the park. This park was one I have many memories from, meeting school friends after school or school outings. Memories from my childhood. The girls played, ran off in different directions and generally enjoyed themselves. It was nostalgic. My Grandad then treated us all to an ice cream, this little cafe wasn’t there when I was little but the ice cream was delicious. P1 had bubblegum flavour which left her mouth and lips blue all afternoon, P2 chose strawberry and I shared a vanilla with P3. P1 is definitely more aware of the rules at my Grandad’s. She grew up there just like I did. Ornaments can’t be touched, furniture not to be climbed on and don’t go upstairs. Simple. The other two haven’t quite got that knowledge, so poor Grandad and I spent the majority of the time at home on our feet running after them and putting things back where they belong. It was really strange being in his house again. The house that I spent every morning and every afternoon there whilst my mum worked. I had dinner there and even when I started work I’d place an order for a fried waffle when I dropped P1 off. The strangest thing was not having my Nan there. The last time I stayed overnight my Nan was there making her Yorkshire puddings and tottering along helping to put the washing up away. We were lucky to have pretty lovely weather for the entire time apart from a few spots on Monday. It enabled the girls to explore the garden freely which was a sanity saver as these three really do climbs walls when penned indoors for too long. P1 and P2 had collected sticks on their walk home from the park and begged Grandad to paint them. It definitely felt like the girls were little butterflies. Flitting from one activity to another, a constant stream of demands the whole time. We went to Marsh Farm on the Monday. I felt very nervous about taking all three on my own, even though Grandad was there he is nearly 85 and I felt bad to put strain on him to chase after them. They spent a lot of time running off but we had some good laughs. By the end of the day both Grandad and I was exhausted. The girls showered and went to bed. Actually I was quite pleased at how quickly they went to sleep considering. On the first night my Grandad greeted me back downstairs with “you’re a hero”. Something I cherish. I really did have an amazing time with my Grandad. I felt super sad to leave. It was so easy to spend time with him when we lived in Essex. I’d see him pretty much every single day but now we’ve moved its much harder. I came back home feeling so incredibly emotional that I kept crying. I don’t miss my home town, in fact it feels quite alien now with everything and everyone changing. I didn’t see a single person that I recognised. I miss my Grandad. I miss hearing his keys on his belt chink away as he moves. I miss placing an order for potato waffles or going round for fish and chips. Things change over time and I think that’s what was making me so emotional about the whole trip. I know that one day I won’t get to visit that house of my childhood, one day my Grandad won’t be there pottering about his garden. One day there’s going to be a blooming great empty hole in my heart that was once filled by my Nan and Grandad.

I am so thankful that we had these two nights sleeping at my Grandads. The girls created some wonderful memories and I captured moments that we’ll treasure for always. I am sure my Grandad is quite glad to have some peace back though. Here’s the video from our trip: