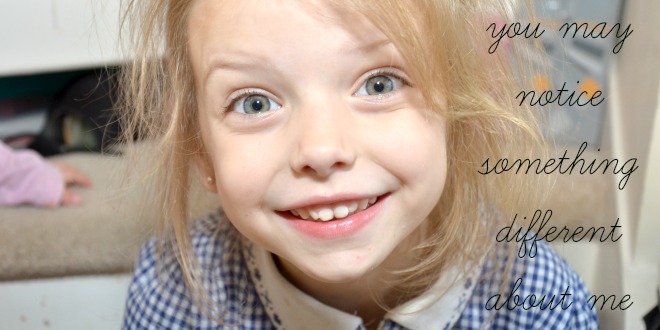 A Visit From The Tooth Fairy

P1 came home from school yesterday after being at her after school club. It was just after 6pm. Wednesdays are her longest days and sometimes I wonder how she physically copes with them but she enjoys it so much because her best friend goes.

She got home and we gave her the brand new Barbie she has the task of reviewing. We’d done the usual “how was school?” questions and the typical “it was fine” answers that we exchange every single day. Then all of a sudden whilst sitting at the bottom of the stairs playing with her Barbie she said in the most casual, calm way, “You might notice something different about me. My tooth fell out at school but I lost it”. I squealed in excitement. As much as it makes me cringe, I’ve been quite anxious about this moment ever since that first little tooth popped out from her gums. Everything stopped. The camera was brought out to take photos and questions were asked.

She just sat there as if nothing had happened. For me this is such a huge development in her life. She’s starting to lose her baby teeth, adult teeth will be growing and that means she’s so much closer to being a real adult and no longer needing me.

Due to the fact she’d manage to lose her tooth whilst showing it to her school friends on the carpet at school and being unable to find it at all, apparently. P1 had to write an IOU letter to the Tooth Fairy. I actually nearly forgot to do my duties as the tooth fairy. I reached the top of the stairs at nearly 11pm and suddenly realised and had to rush back down to print things from the internet and sort out what the going rate is these days for teeth.

My Mum used to write me the daintiest Tooth Fairy letters, literally you’d need a magnifying glass and it was folded up tiny too. But I didn’t want P1 to recognise my writing and with Hubby already asleep I had no choice but to print something from the internet. A few sweets, £2, a certificate and a little letter is the going rate for a first tooth. Apparently.

What was your tooth fairy traditions as a child?