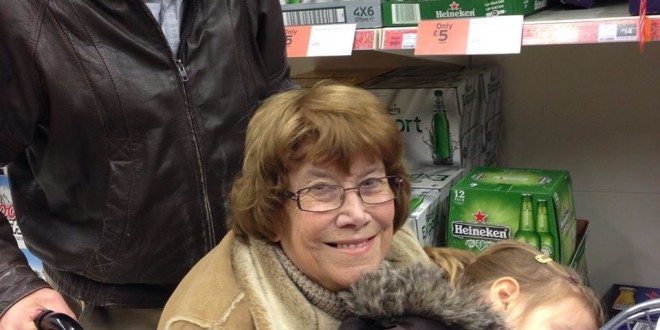 A Visit To Buckingham Palace

I relied on my Grandparents for childcare when I was working, they looked after P1 three times a week until my Nan’s health really got bad, but then it was still two times a week. P1 has learnt so much from her Great-Grandparents and she’s been extremely lucky to have spent so much time with them. My Nan’s death didn’t really phase P1 in all honesty. We’d explained that Great-Nanny was happy now she was in heaven because she wasn’t in any pain anymore. P1 grew up watching my Nan have home dialysis on the “robot” and visiting the hospital with my Nan became second nature really. I think all of this helped her to grieve in her own way.

Things are very different now days. We’ve moved counties which makes visiting my Grandad quite difficult. I’m trying my best to see him every other week but it has been a struggle. During the summer holidays P1 has had two 2night sleepovers with my Grandad. Sleepovers aren’t unusual but it was the first time my Grandad had had her over night since my Nan died. My Grandad is 83 years old so we didn’t want to burden him with P2, who wakes at least twice a night, on a good night! Both my Grandad and P1 had an amazing time on the first sleepover and he’d made sure they did plenty of things together. P1 came home very quiet and quite upset saying she missed him.

This week, Tuesday to Thursday, was the next arranged sleepover and I think this one topped them all for P1!! My Grandad, at 83 years old may I remind you, braved the trains and headed to London on the Wednesday. This is quite a tricky task with P1 as she struggles to walk long distances so he’d decided to take the umbrella folding pram which he apparently carried most of the time. He also had a rucksack full of picnic foods and P1s antibiotics wrapped in a freezer bag!! He’s an inspiration. Together they visited Buckingham Palace, had a picnic in Green Park and looked around the Royal Mews.

P1 was very treated. She was allowed a book and a toy Corgi, which was totally over priced but Grandad justified it by saying that it was a memorable item of the day she went to London with her Great-Grandad. Then the next day she was treated to some pretty beautiful clothes! Well done Grandad!! Unfortunately I don’t think many photos were taken of the trip and I’m determined to make a date for us to all go to London with all three girls and my Grandad. Purely for the memories. Memories we’ll always treasure.

I have so many fond memories of my Grandparents and I really hope that in the future I’ll be able to keep P1s memories alive as she grows.