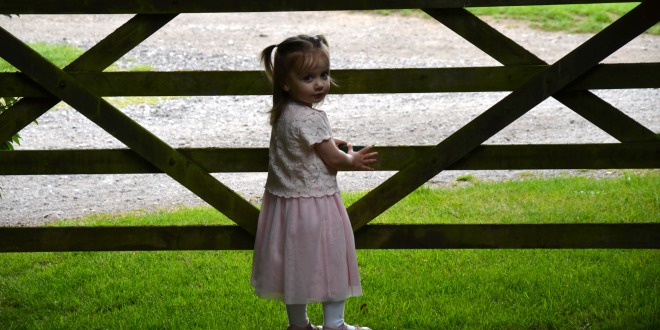 I went a little bit off duty Sunday and Monday. With extreme lack of signal over in Wiltshire and it being a bank holiday there was absolutely no need to keep checking my emails and the only reason I did touch my phone was to check the time or take a photo. That was also where my off duties were as well. I took my DSLR with me with the intention to capture moments not seen by the official photographer, moments we could keep for family eyes and potentially my blog. But even that wasn’t put to use very much over the two days and that was because I wanted to enjoy the time away with my family.

Sunday started early. We left our house at 7:30am to do the two and half hour drive. I was really worried about how the children would behave because they’d all practically just got out of bed and were made to sit trapped in a car. There were a few moments of crying from P2 and P3. P2 managed to eventually fall asleep with about an hour left of the drive and P3 slept the first bit and the last bit. Hubby’s Mum & Partner, Auntie and the kids went over the park at the hotel leaving hubby and myself to have breakfast in peace. We then all got ready and headed for Hubby’s Cousins wedding.

I wore some dangerously high heels that I’d ordered off eBay not actually realising the height of them. There was a bet to see how long I’d wear them. Well I made it to the end of the wedding ceremony and I completely blame it on the cobbled path leading up the church. It was the perfect setting for a wedding. The church pews were very slim and our happy P2 soon turned into an emotional wreck as she fell forward and banged her eye  giving her a nasty bruise before at photos were taken. It was a beautiful ceremony and everyone had watery eyes including the Bride and Groom. Hubby’s cousin looked stunning in her dress. We then went on for the reception. Everything was so well planned and the weather had held out perfectly for photos and gatherings outside. Hubby and I really felt the strain of having three daughters at this point. We were very outnumbered. Even though there was some childcare supervisors watching over the children whilst we ate and listened to speeches it felt like we needed eyes in every direction.

Forgetting the children causing havoc, we had a really good time. On the tables each guest had a photo of them which was a brilliant way of labelling the seats! The food was delicious and the speeches hilarious. There was a selfies photo booth which the kids really loved. We didn’t stay too late as we had a day out to Longleat Safari planned.

I was completely apprehensive about staying in a hotel room with all three girls. They’ve all been sleeping relatively well and I was very worried that it would be jeapordised. After a quick snack and getting into pjs with their bedtime drinks they were all actually very good. P1 first to fall asleep, followed by P3 about 15 minutes later but it was P2 who was quite confused. She wanted to get into our bed which I agreed to for all of 2 minutes. She then went to sleep quite quickly. Hubby was asleep at the same point as P1 bless him.

It was another early morning as we headed for breakfast and then off to Longleat Safari. We hadn’t been for about a year so I was excited for P2 to experience the safari for the first time where she’d have a reaction as such. As soon as she saw the animals on the sign leading us in she was ecstatic. We wandered round as a family of five. First stopping off at the boat that takes you to see the sealions. We’d decided to do the safari part before heading home and not first like usual. The kids spent loads of time in the castle playground where we met up with my MiL & partner, hubby’s brother, auntie and cousin. The weather was lovely too which helped the enjoyment factor.

Leaving the safari till last was a bad decision. We always do it first and wish we’d stuck to tradition as we were stuck in the Lion enclosure for absolutely ages, all children fell asleep and it was actually the worst traffic in there than we had the whole trip!

Our journey home was smooth and the girls slept throughout the journey. I love being away from home, staying in a hotel and doing family things. It’s refreshing. It was also lovely to be  included in such a magical day for hubby’s cousin and family. I always feel totally blessed after spending time with genuinely wonderful people.