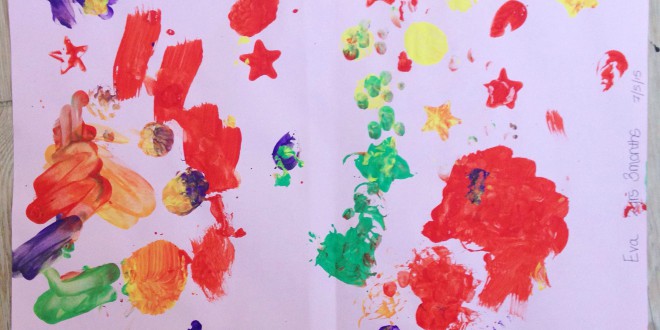 “Along trotted this small, scruffy looking dog. In a preschool”

P2 has been on the waiting list for a preschool since January. I’ve soon come to realise that they are extremely sort after in this area and it’s clear that she probably won’t get a place until she’s nearer 3 years old.

We decided to add her to a couple of the waiting lists. Not because we’re impatient but purely because we know she’s ready. There’s only so much I can teach her at home and it will do her the world of good to get socialising without her parents present, to learn the role of sharing with other children that aren’t her siblings and to learn new routines and rules. We only want her in for one morning or afternoon a week for now. So yesterday we went to view a preschool that is within walking distance and even P2 can walk the whole way there which shows its close proximity. We were greeted by the lovely owner, she asked our names and introduced herself to P2. She then went on and said “are you ok with dogs?” I was a little confused, what a random question to ask someone you’ve never met before. Was she being nosey? Then along trotted this small, scruffy looking dog. In a preschool.

She explained how the dog had been PAT tested and was completely safe to working with children. In fact she was an asset and helped with children’s behaviour issues and as we wandered around the preschool it was clear that that little dog fitted right in. Although I have my reservations about the dog, I actually think it’s such a good idea and especially for P2 who is obsessed with dogs and animals.

It’s a small preschool. Only recently moved into the building so they are still making their mark on that venue however the owner has been running it for 21 years, nearly the length of my lifetime. They were friendly; the staff and the children. But more importantly, P2 just blended in with the other children so confidently. Without being questioned she’d lined up with the other children and disappeared outside to play.

I’m sending in the application form for her to join the waiting list and then I’m viewing another local preschool next week. What things do you look for when finding a nursery or preschool for your child?