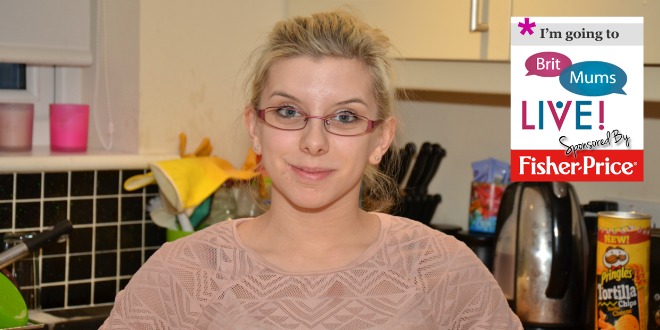 I have already briefly announced my BritMums Live sponsor for 2015 but now I want to delve a little deeper and share to you more. Fisher-Price are kindly allowing me to attend BritMums Live to represent them as a blogger.

I was quite thrilled when I received the go ahead last year. Fisher-Price has worked closely with me for nearly all the duration of my blog. They’ve sort of been there to hold my hand in a way as I’ve slowly but surely achieved my blogging goals. They were the first ever big company to send me a review item. That day was an achievement.

I’m sure I don’t really need to introduce the brand to you. Whether you’re a parent or not I’m 100% you know who they are. You most likely played with a Fisher-Price toy when you were a child. Our house is very dominated with Fisher-Price and the array of bright colours is phenomenal.

Fisher-Price was founded in 1930 and sold its first ever toy in 1931. That makes Fisher-Price as old as my Grandad, 84!  To me that shows just how reliable their products are. In the early 1950s was when Fisher-Price first made and sold a plastic toy. In 1993, a year after my birth, Fisher-Price became a wholly owned subsidiary of Mattel.

There have been over 5,000 toys created from the Fisher-Price brand including the well known Little People range which my girls are particularly big fans of.

I am so excited to be representing them at BritMums and so thankful to be able to actually be there this year and learn. I learnt so much from BritMums Live last year and came back completely inspired. I definitely think my blog has reflected that in the past few months. I’m focusing on better photography and more focused writing.

Will you be at BritMums?