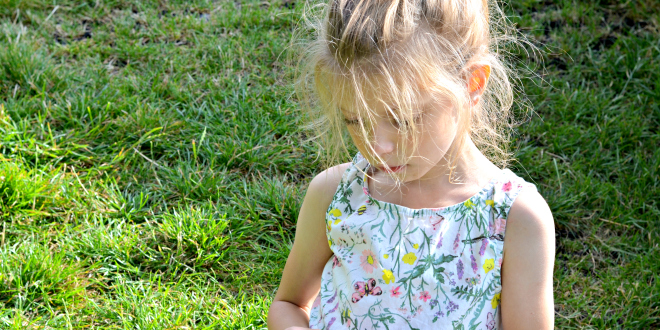 Special Needs Diary #1 – A Trip To The Park

I have grown to know that our eldest needs previous planning for whatever she does. Whether that be something very small like her next meal, or something big like a trip out.

We are in the very first few days of the summer holidays and I’ve mentally prepared myself for mayhem in the first week or so as P1 adjusts. Yesterday was our first particularly difficult day.

It started relatively smooth. P1 woke herself up and took herself downstairs. I woke up to find her on her iPad which was fine. She played nicely with her youngest sister for a while showing her how to play a new game she’d got.

The problem we have is that she’s addicted. It’s part of the way her personality is. Her iPad is her obsession and I think it’s dangerous. Today was a day where the iPad took control over her. When it ran out of battery and had to be put on charge pretty early in the morning, she spent the next hour asking every five minutes whether it was charged or not.

I tried to distract with some crafts, with a film and even with food but she still came back with the requests for using her iPad. Being refused just wasn’t enough. It didn’t stop her. I needed something to distract her and give me a slight break from the mental breakdowns she kept having every time I told her she wasn’t allowed to have the iPad.

We decided to go to the park. There was no pre planning for P1 to adjust to. She wanted to take panda, but she couldn’t find him, this resulted in tears and I feel bad that I just didn’t take the time to help her. I was busy trying to get everybody else ready and by this point of the day my patience was running slim.

I think the lack of planning panicked her. She continued to sob for the walk to the park but when we got there she cheered up considerably. I have noticed the past few times we go to the park, that P1 will take herself off somewhere and sit quietly fiddling with the grass. I think this is her way of being calm in a situation that she isn’t sure of.

I struggle to understand why P1 is like this. I feel sad for her. I want her to join in with others and be happy making friends. She is happy. The photo below shows that she’s happy. But little day’s out like a trip to the park can really effect her. The whole day her behaviour has been hard to manage. We’ve had tantrums, anger, tears, joy and contentment.

From a very tired Mummy x