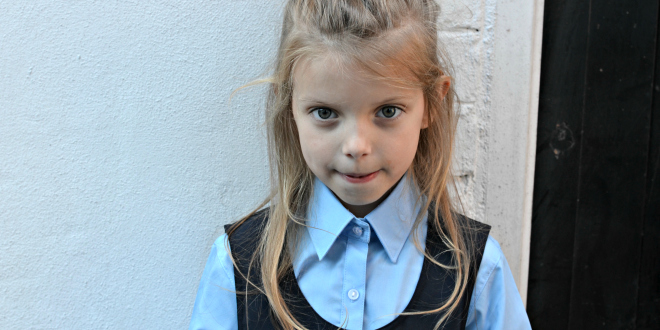 A few weeks ago we didn’t have a car. We hadn’t had our own car for nearly eight weeks. At first we had a hire car so nothing really changed, then we borrowed our MiLs car but then we were left with nothing. We had no choice but to walk.

We’d told P1 about the walking situation. That she’d be able to ride in the double buggy with one of her sisters. Hubby would stay home with one of them so that P1 wouldn’t tire from the 1.6 mile walk.

But one particular day things changed at the last minute. I had to walk with all three which meant P1 had to walk. I had no time to prepare her mentally so I was expecting some problems and they started when I asked her to get her shoes on.

We normally have an issue with shoes and clothing but I can usually diffuse her slightly. But this morning I’m talking about you would have thought the world was ending. She was kicking, shouting and completely not letting herself listen to me.

The whinging continued for half of the journey. She kept stopping to cry. Stamping her feet. The thing is she wasn’t saying she didn’t want to walk. It was more a complaint about pain in her feet, that her uniform wasn’t comfortable, that she was tired and other various excuses. I continued to walk on. Trying to ignore the tantrum.

Eventually she calmed down. I think she got used to the fact she couldn’t change the situation and we then had a pretty nice walk. I’d left early so that things were not rushed, so that she could take her time. We talked together and began to enjoy our journey.

It’s really hard for me to see her in such a state. I wonder what is going through her mind during those moments. I need to research on how to deal with it all better because I do find myself getting frustrated with her as I repeat myself over and over.

Every day we face different challenges. It’s like playing a game of cards where you don’t know which one you’ll be dealt with next.

Love from a sad Mummy x