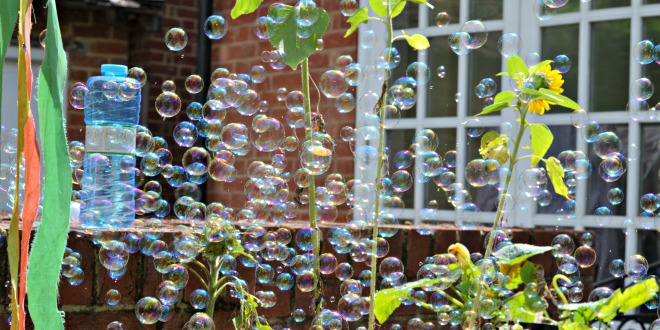 I’ve noticed that P1 doesn’t really get invited on many play dates and I wonder if that’s because she has started to struggle with forming friendships as she gets older.

When she does get invited I worry about her behaviour. Whether she’s going to cope. Will the autistic side of her show through and the parent won’t understand her or find her rude. I think this is why I don’t push for play dates which is really awful on my part.

We’ve been asked to go to some of my friends recently, and because it’s the summer holidays I have all three. One thing I always ask is if it’s OK to bring P1. I probably shouldn’t really need to ask to bring her but I know that she can be a handful sometimes.

I have noticed in the past that she will take herself off out of the way and play nicely by herself rather than interacting with the other child. That’s just how she is but on a play date recently I saw a totally different side to her.

She was interacting with the other child, with her sisters and with my friend. In fact she had a very lengthy conversation over lunch about school which was really lovely. Although she did babble on, it was cute and such a positive reaction to a social situation.

She was so well behaved the entire time and very grown up. But then it felt like the autism took over again when it was time to leave. She started panicking about getting her shoes on, she accidentally fell into the paddling pool which caused tears and then she started shouting that she was hungry. All delay tactics.

I had to speak to her calmly and negotiate around her tantrum all in front of my friend. I didn’t want a full blown meltdown just in case we never got invited again. She was easy to calm down this time, with a donut and the promise to be able to come back soon.

I think that sometimes everything builds up inside of her, then all at once she has to explode. I desperately want to be inside her brain just for one day because some days I feel she’s with us entirely and others she is just in the clouds really struggling. I’m learning so much about her every single day, especially now we have a track to follow.

From a confused Mummy x