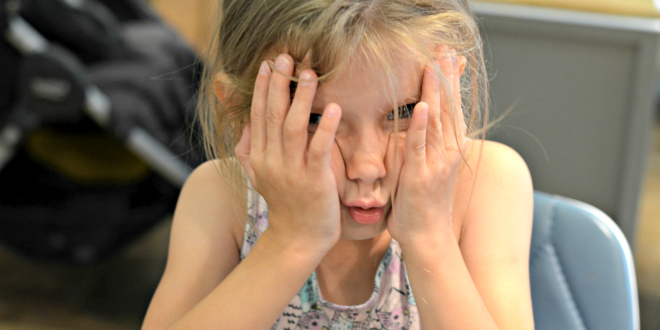 Special Needs Diary #8 – Back To School

I have so many mixed feelings about this year ahead for P1. We now have a Year 3 pupil which means she’s now following the Key Stage 2 curriculum. Obviously that means she’ll be doing more focused learning rather than the play side of school now and there’s only four more years until she’s in secondary school.

I tried my best to prepare P1 as the summer holidays came to a close. But actually I think this back fired for the first time ever. P1 usually copes better when she’s prepared for events in advance and she has to know what’s going on at all times. But on the night before school she really struggled to sleep.

It was clear that she was over thinking things. She made up every excuse under the sun for her not to fall asleep. There was even a point when she said her tooth was bleeding, which it wasn’t. I felt frustrated but concerned. I know this behaviour isn’t her fault. It worried me a lot, especially when she came out of her room at 11:30pm to go to the toilet declaring she hadn’t yet been to sleep.

She went in to school absolutely fine. She managed to locate her best friend and so that was reassuring for her I suppose. It’s all new at drop offs, not only because there’s major disruption as the school is getting a brand new site but also because being in Key Stage 2 alongside the older kids is naturally different to the Key Stage 1 playground routines.

It has become quite evident that being in Key Stage 2 is all about becoming responsible and a step towards independence. The parents are expected to drop their children off either at the gate of the school or at the playground and they then wait for the whistle before lining up in their classes and being taken in.

There’s staff there but that doesn’t seem to settle my own nerves for P1. I don’t see P1 as grown up and responsible. In fact there’s time when I question who behaves the oldest between P2 and P1. She’s childish and I know that sounds awful because she is a child. But there’s something really unsettling about leaving my autistic, tiny daughter on a field with 300 or more bigger children.

I’ve stayed on the sideline so far. I’m just not confident enough to just drop and hop. She needs me and I need to be able to know she’s safe under adult supervision pointing her in the right direction. I know I need to let go more. She needs to grow in her own abilities and I need to trust her and the school.

As you can tell, I’m worrying big time about Year 3. I’m sure she’ll be fine and she has been fine so far but it’s only week one. The homework will start to pile in and exhaustion will soon hit. I just want her to do her best.