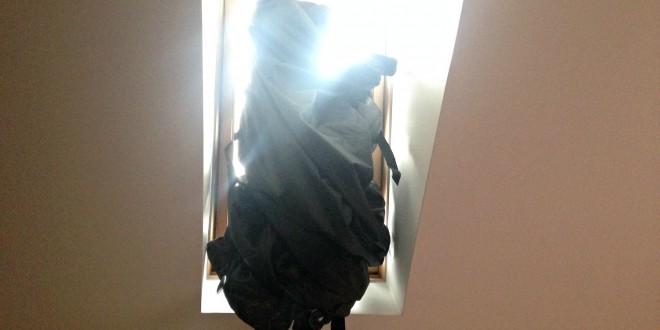 “Bedtimes are easier in the winter”

It’s well known that I’m the owner of a toddler that has never slept through the night. At 21 months old I can count the amount of 8 hour straight sleeps she’s had on one hand. Being sleep deprived is an understatement. At the beginning of November I wrote about the changes I was making to P2s bedtime. I’m pleased to announce that it’s going well. She now sleeps from about 7:30/8pm all the way to 6/7am. She does still wake once in the night but I don’t go in to her unless she’s crying which the majority of the time she isn’t.

Bedtimes are easier in the winter. The girls get snuggled into their beds and it’s dark and cosy. I’m really dreading the clocks changing again and it becoming lighter. In the girls room they have a VELUX window. When we first moved in, the landlord asked if we wanted blinds put up around our house as there were none at all. The VELUX was the only window not to be dressed. It wasn’t an issue at first as P1 had that room alone but as soon as P2 joined her and the sun shone through and didn’t go down until late at night, things became an issue.

If I had the money I’d love to sort the blind out ourselves on the VELUX  webshop with a blackout blind. I have a lot of ideas for the perfect room for the girls. The walls would be pink for a start and I love the idea of having matching white furniture like a bunk bed, wardrobe and bookshelf. Obviously to match I’d make the blinds blackout in the colour pink, I never knew that blackout blinds came in so many colours and in the VELUX variety, there’s even a Disney collection!! I’d also have some sort of remote control on it as it’s the only window I can’t reach. For now I’m enjoying the easy bedtimes whilst the winter lasts. When P3 is old enough and if we haven’t moved by then, we’ll most likely be swapping around the rooms again so all three share and we’ll be having the room with the VELUX which I really enjoyed as we could listen to the rain and the room is always so bright and for me that really lifted my mood and made getting up a lot easier in the mornings.

Do you have a VELUX window? How is yours dressed?

Share
Previous My Healthy Habit with Juice Plus – Start Day
Next “P3s weight gain is not good, in fact it’s awful!”