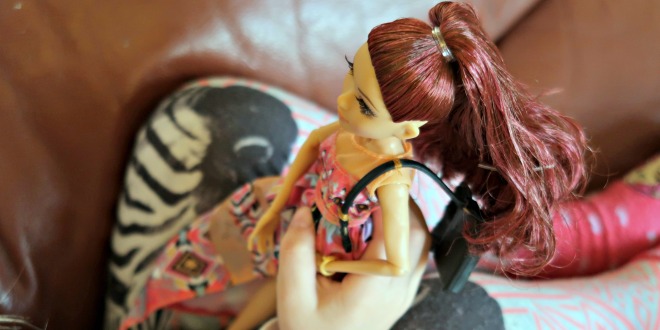 We have only recently delved our eyes into the world of Project Mc2. P1 was really happy to receive another package from them to celebrate the release of a special new episode on Netflix from 14 February. We were given some popcorn and one of the new Project Mc2 Dolls With Experiments to try. The six main characters in the Netflix Original series are McKeyla McAlister (Mc2), Adrienne Attoms (A2), Camryn Coyle (C2), Bryden Bandweth (B2), Ember Evergreen (E2) and Devon D’Marco (D2). Together they use their love of science and spy skills to undertake missions for top-secret organization, NOV8™. The dolls incorporate this and allow girls aged six and above to take part in their own little missions and experiments. With us all being pretty poorly this week, it was nice to have a little treat of popcorn as they snuggled up for some adventure with the Project Mc2 girls. The new special episode sees the girls back in action! Things heat up between McKeyla and Kyle as they work together to uncover who’s behind the problems in their hometown of Maywood Glen. P1 and P2 both sat quietly, gripped by the new episode. P2 held her new Camryn doll as she munched through her little bowl of popcorn. I really like how this specific series of episodes really boosts the appeal of being smart. That smart is the new cool. I also love the questions it is sparking amongst my girls too as they learn new things. I admittedly haven’t had the chance to do the experiment with the girls just yet. This specific one is a tie dye one and I need to buy one of the ingredients before we can get to work. This is still the one thing I’m not keen on with the dolls, but that’s just my laziness kicking in.