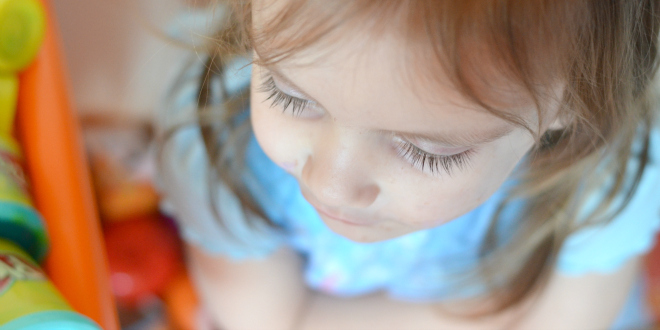 Breaking Her Milk Habit Before Her 3rd Birthday

At around 6 months of age a baby has the ability to sleep a full night of sleep. P1 was 10 months when she began to sleep an amazing 12 hour stretch. P2 is yet to reach that milestone and P3 exactly the same. They both have habits that need breaking.

A preschooler needs 11 hours of sleep plus a 45 minute nap. P2 dropped her nap just before she turned two and wakes on a good night every two hours for a full bottle of milk. Just like a newborn. P3 surprisingly sleeps better than her sister, on an average night she wakes twice from when she goes to bed until morning so right this second her habits aren’t my top priority.

We were advised to get rid of the bottle at a year, then again at two years and there’s no way that in just over two weeks time I am going to have her still drinking milk throughout the day and night at three years old. She’s no longer a toddler and is about to embark on her preschooler years.

Today is day 5. I’m still standing and she’s still standing. We stopped allowing her to have the bottle (when I say bottle it’s a hard spouted thing not a baby bottle with soft teat) during the day for the first day. I offered milk in a cup or for her to have water or a juice drink. Of course we had a rather long tantrum before she decided to have a juice drink. It went well for the first day as we weren’t heading out anywhere where she’d feel tired and want to snuggle on the sofa for a while with a bottle.

The new rules of bedtime are that she has one bottle but once it’s gone it’s gone. Thankfully up until last night this didn’t cause any troubles. She sent herself to sleep like usual with her milk. The first night she woke twice, demanded milk but was given her bottle with water. We had tears but I calmed her before leaving her to settle herself to sleep. The second night she woke just once. The third was once again.

Last nights bedtime was much harder. For some reason she finished her bottle much sooner than normal and it resulted in a rather long, exhausting and noisy crying session. I do nearly caved and gave her some more milk but somehow I found the strength. She stopped crying after about 15 minutes, which I know sounds super long and I did go in to her once in that time.

I feel like we are getting somewhere. She rarely asks for milk in the day and will usually accept the fact she can have it in a cup or she has a different drink. It’s breaking the habits that is obviously the difficult thing, like having milk on car journeys or walking home from Gymboree. But I just have to stay strong. I have to keep remembering that hopefully this will benefit my sleep.

P2 is definitely hungrier in the day and we’ve stocked up on lots of healthier snacks like fruit, fromage frais and even some cocktail sausages as a treat. She’s eating better at meal times and I’m seeing positive changes to our night routines. She’s just so lazy and has to always call for me to come and give her Panda even though he’s right next to her.

What are your tips for getting your baby/toddler to sleep through?