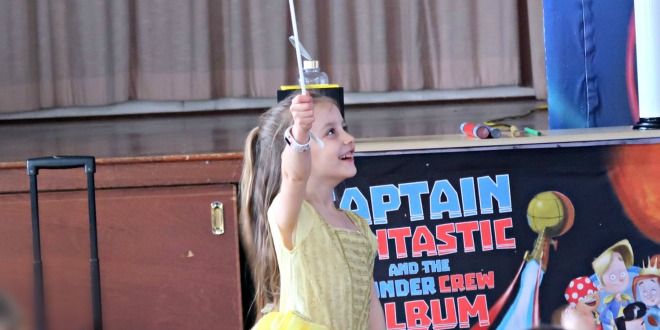 Every year ever since she was able to speak our second little princess, Eva, has begged us for a party. It’s sort of been a tradition that we’ve just had family over on birthdays and done a little family day out.

But this year we finally gave in. The girls have had quite a lot to cope with over the past six months and it felt like the right time to roll up our sleeves and plan a party.

Thankfully I’m not a child’s Party virgin. We’ve been to a few, I’ve taken some notes on what to expect, what entertainers do the best jobs and we’ve eyed up potential halls to hire over the years.

Giving in to Eva’s requests happened quite close to her birthday which is the beginning of February. So we decided to plan something for March, giving us enough time to mentally prepare for hosting potentially 30 children! Eva knew exactly where she wanted her party and the theme too. Of course it was Princesses. I had my eye on an entertainer too, Captain Fantastic, and was thrilled when they said they’d love to work with me on making Eva’s birthday a really special one.

You are able to book your party online through their website or you can phone them. I’d opted to phone them as I wanted to talk through some things and basically ask them to guide me through a party experience because I was 99% a party host virgin. (The extra 1% is from that time I hosted Freya’s baptism party and didn’t apply for a bar license and the bar wasn’t open in the hall…. had to send people for drinks… but that’s another story)

There are lots of different party options for different budgets and themes. Captain Fantastic also offer more luxurious party set ups and party planner for big events too. They literally have everything and I felt so at ease discussing through what we visioned for our party. We ended up choosing the Premium Princess Party option. A week before Eva’s party, Princess Coral our booked entertainer, gave me a phone call to discuss the party properly. We talked about the number of guests expected and songs that Eva would like played. I had slight concerns that the princess party may be too full on for the boys invited and Coral reassured me that the actual party games and content was very unisex.

Party day had arrived with Eva waking us just before 6am from excitement. Hubby kindly took charge of the food, baking pizzas and making sandwiches. I’d organised for my family to come along as extra adult helpers. Our hall was booked for 2pm and we bundled in to set up. Seeing 36 chairs out was very daunting and I think that’s when my anxiety truly set in.

I think there’s a lot of pressure surrounding children’s parties, I was worried about being judged for my food choices or that the children wouldn’t enjoy themselves. We had over 40 children that had responded to our invites and that number is pretty scary! Then I also had sudden fears that no one would turn up, which I know is absolutely ridiculous.

Princess Coral arrived at the same time as us, super early, and started to set up as we organised ourselves. She didn’t require any assistance as she set up the back drop.

It was all hands on deck with the men getting out the tables and chairs, Freya helped set out the paper plates with Auntie E, Elsa ran around with the balloons Uncle B had blown up, Eva rolled along in her heelys and princess dress and I was in the kitchen having my little panic with my Mum. Children began to arrive at about 3pm and Princess Coral took complete charge. She started with music and bubbles to keep them all occupied whilst the rest of the guests arrived. I have filmed the party for you to see properly so please scroll down to see that.

Once all the guests arrived, Princess Coral began with the games and magic show. I was in absolute awe of how she kept all of the children’s attention the entire time. There was laughing and screaming continuously. Whilst this was going on I pushed myself to socialise, offer cups of tea and keep the parents entertained. The entire party felt very out of my comfort zone but it seemed to be going well.

Princess Coral had previously told me that when she got the kids into a conga line, then we needed to get the food on the table. For a two hour party this usually happens after about an hour of party games and fun. We set the kids down and thankfully other parents and my family helped to serve the food and drinks to the children. I had also picked to do the birthday cake whilst the children were still sitting at the table and Princess Coral helped to get the kids quiet and all singing. After food was consumed with not very much left over, Princess Coral gathered the kids for more fun. The end section of a Captain Fantastic Premium Princess Party is an interactive disco.

Princess Coral popped on the disco lights, and somehow persuaded Hubby to wear a silver wig, skirt and heart glasses for a boogie up the front. Princess Coral had the children doing musical statues and other fun dance games like the limbo.

Eva was absolutely in her element. Her friend were all dancing, laughing and having fun. It was such a beautiful moment. Throughout the party Eva kept running up to me saying “this is the best party ever!” I literally felt like crying with joy. To finish off the party Princess Coral got out her snow machine. The kids went wild for it, jumping up and down for the foam snow. At this point some of the parents had begun to arrive to pick up their children. Once all children were gone it was time to tidy up. Thankfully we’d picked paper plates that could be thrown away easily so the aftermath process was very simple! I felt so relieved at just how well the party had gone, no injuries or naughty children. Everybody had such a brilliant time including Freya and her friend.

I would highly recommend Captain Fantastic as a party entertainment planner and provider. They honestly took the stress out of the entire thing and helped me feel at ease. Plus all kids were entertained the entire time! A huge win. Disclosure: This is a collaborative post. The party was gifted to us in exchange for blog and social coverage.

Pros: Entertainer arrived on time, was professional, helpful and kept all kids entertained. Cons: I could not fault the party package

User Rating: Be the first one !
Share
Previous World Book Day 2019
Next My 26th & Her 4th Birthday Celebrations