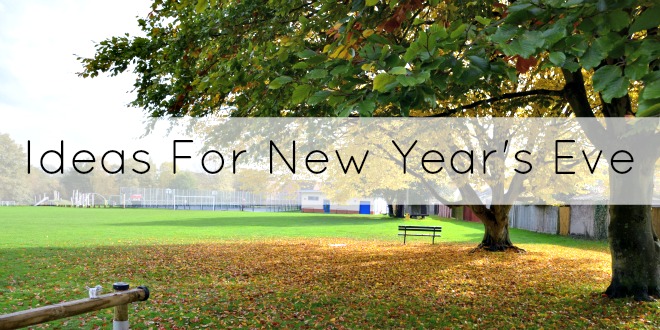 Celebrating The New Year On Holiday

I have been getting quite anxious about Christmas. I am so desperate to make this year one to remember for the girls as it is the first Christmas where they are all aware of the fun and able to get involved. Our Christmas shopping is very nearly completed, we have a few bits left to get and family presents but I can breathe now. I can start looking to the future and to the New Year.

Before we became a big family, I would spend New Year with my Mum watching the telly, I remember going to a boat club once and to our church but there’s not really been anything extravagant especially now. Our New Year celebrations are mainly with me trying to keep my eyes open long enough to see midnight arrive, then at about a minute past I’m up to bed to sleep.

Wouldn’t it be amazing to do something totally out of the ordinary like going on holiday? I have quite a large, young family so the thought of travelling too far away is more stressful than fun but somewhere like the Algarve in Portugal would definitely be a great choice for us.

I have never been to Portugal but after doing a bit of research I can really see it being a magical place to spend the new year. Sort of like starting a fresh in a totally fresh country. The weather is also slightly warmer than the UK in December which means we wouldn’t be hidden under a million blankets keeping warm but instead enjoying the evening as a family with a BBQ and space to run around. The Algarve has a theme park, zoo and water park which means we could be seeing the new year arrive with lots of fun. Starting as you mean to go on. I can’t think of a better place than to be in a new country to see the New Year arrive. Holidays and being away from the hustle and bustle of daily life gives you a completely different outlook. It calms and relaxes you. I think that it’s a fantastic way to start the year.

2015 hasn’t been overly bad for us as I have been so lucky with my blog and family things have calmed as the year has gone on. But it hasn’t been the perfect year. We are already getting loads of plans for 2016 and I am going to set my own goals too as I don’t think I did for this year. I think this year I definitely want to do something for New Year’s Eve though. I am still unsure exactly what but I quite like the idea of having a mini party at ours. We don’t have much space but there’s some great deals on party food ready for the festive season so we could do that with my MiL or even just a few of my friends. Both of which I am so thankful for that have got me through the year.

What are you doing for your New Year’s Eve celebrations?