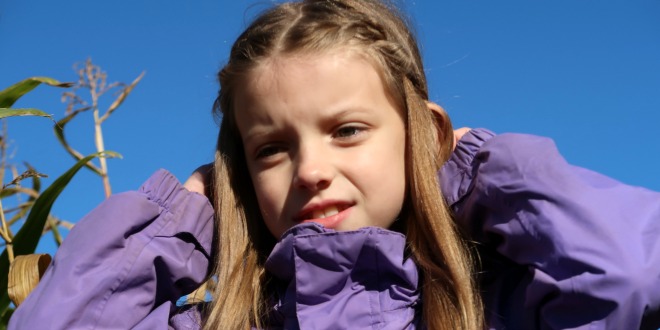 It’s been really hard to sit and write about this. I want to be fully transparent whilst also protecting our daughters too. When you talk about your child’s school online you could be putting them at risk so it’s hard to talk openly without being open. I hope you get what I mean.

It was weird. This whole situation came about in a weird way. I’ll try to start from the beginning but there’s so many paths that lead to the end destination. Over the past five years we’ve witnessed the school change completely. We’ve seen teachers come and go, the building itself was knocked down completely (well nearly anyway) and rebuilt.

Over the years things have frustrated us. The SENCO, the bullying, the lack of support, P1’s grades falling, chaotic disruption of the build. But nothing seemed drastic. Nothing was life threatening unlike when we moved P1 from her original school in Reception year. On our return back to school after the summer holidays we realised that so many people had left in both P1 and P2’s classes.

This raised Hubby’s ears a little. We started exploring the reasons behind the other children leaving and really questioning our own choices. We decided to visit some other schools in the area to get a feel. At this point I was still set on keeping the girls where they were as P3 was due to start next September and I’d finally have three in the same school for a whole year.

We first viewed a small village type school, that’s actually closer to our home. Instantly Hubby and I were blown away. It was colourful, friendly and welcoming. It was small, a huge contrast to the girls current school that has three classes in one year. This one we viewed had just one. A smaller school was always our plan for the girls, yet somehow we were in the biggest school in our area.

Hubby and I took the paperwork to fill in for an in year casual admission, then headed off for breakfast. We spoke about how excited we were. All the amazing opportunities this school was offering. That it would be a really positive change for the girls that would hopefully better their learning experiences.

It made me become more aware of their current schools flaws. The niggly things were now infuriating me and I felt less connected to the school I once loved and was loyal to. We filled in the applications to move the girls, was offered a place and had ten school days to accept it or not. This was when the stress and anxiety kicked in for both Hubby and me.

Day after day, hour after hour we both spent researching the potential new school. I scoured it’s website with a fine tooth comb. I googled “best schools” and we looked through all the publicised stats for performance. Eventually with just a day to spare, we decided against the move. Although this school is amazing, it was statistically performing the same as their current one. The move would have been hugely disruptive for possibly no better gain educationally.

Taking it back to the beginning, moving to Kent was fuelled by our want to give the girls a better education than we both had. Kent is known for being the home of some of the top schools in the United Kingdom. We are beyond lucky. The girls educations and learning experiences are so important to us and I’m not sure we realised just how much it meant to us until we started doing research and having conversations.

We didn’t actually know much about schools when we first moved. We didn’t know that P1’s first one would be so detrimental. When we moved her originally, we were limited to time and where had a place. I needed to get her to safety and I didn’t really care where as long as it wasn’t that original school. Have I lost you yet?

Anyway, we decided against the move. But things were still worrying us. Researching, asking other people and viewing the other school had opened our minds to so many what ifs. It’s been so difficult because we are happy with the current school in a we’re not happy but we’re not unhappy kind of way.

Hubby had openly said he’d definitely move the girls if a better performing public school in the area had a space. So of course we started another enquiry into a different school, with no real rush to move them as we’d sort of settled ourselves back to the decision to keep them where they are.

After viewing a second school, Hubby and I were left confused. Completely baffled. It wasn’t a school that screamed out to us like the previous one. But it had different qualities. Qualities that ticked our “the best education” box. The school has impressive stats, impressive grounds, impressive building, it’s a Christian school with a strong religious ethos and a want to get the best from all pupils.

We applied for places for both P1 and P2. Although we wanted desperately for them to attend this school for the future of their educational journeys, we were actually much more reluctant than I thought we would be. They only had one space. A space for P1 in Year 5. The waiting list for P2 is about thirteen children long, however she would be put on the top of the list due to the siblings criteria if we moved P1.

It was never in our plan to put ourselves in a position that would make our lives a hell of a lot trickier. Three children with three different places to be all in the space of about fifteen minutes. For me this was probably the hardest part of our decision to move any of the girls. Hubby felt very worried about leaving P2 in the current school and the actual time it may take to get her a space.

Both of us were pretty terrified about this change. It’s human to worry about change. I think?

We researched further. Discussed our pros and cons of both the new and the current school. Ultimately we both wanted the girls to receive the best quality of education to help set them up for a bright future. With the newer school performing much better it felt like a no brainer to move them, albeit it only being one of them.

So although we are generally quite happy with the “old” school. P2 is doing very well there but it’s been difficult for P1 who has encountered many issues during her time there.

We sent back our forms to accept the place for P1 at the new school and were given a start date. When you read this P1 will have already been in her new school, hopefully settling well. As I’m writing this, I’m worried about how we’ll manage three school runs, three different diary dates and how we’ll help P1 adjust to this huge change.

I’m sad that I’ll not be seeing some of my mummy friends that I’ve made as often as I spread myself between three places. But I know that we’ve made the best and right decision for our family and I have to keep remembering that.

I want to write further about this topic which I hope you’ll come back to read. Share
Previous We Are Taking Part In Vlogmas 2018
Next Have We Finally Conquered The Milk Habit?