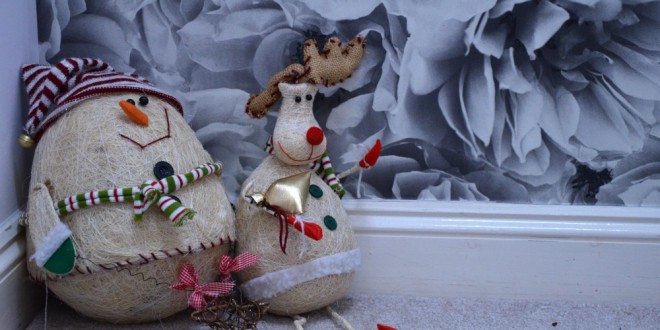 Every year my MiL holds a little gathering for all the family. I remember the first party I went to. I had felt super nervous as it was the first time I was going to meet hubby’s family. They all live pretty far apart so having a full family gathering is quite spaced. The first year I was pregnant with P2, the second P2 was 10 months old and then the third, this year, we have P3. My MiL is a pretty awesome host I have to admit. She puts on plenty of activities for the adults and even for the children too. It makes the gatherings so much more exciting than the usual Christmas dinner, unwrapping of presents and forcing my family to play a board game that I’m used to.

Every year there’s a task to complete. We are each given a name about a month before. It must be kept a secret and you have to make something to do with the topic given. We’ve had hats and glasses so far then this year was to make a drinking vessel.

Funny enough I had my MiLs name to make for. I wanted to make something she could keep after so spent a lot of time thinking and creating it. I painted a little vintage milk jar in a christmas design and used air dry clay to make a snowman on top. Hubby ridiculed me about it and he actually won the task with his 5 minute design. I think mine could make a really good drinking vessel to put Santa’s milk in on Christmas Eve. P1 had a full day of playing with her Uncle G and P2. Although during the late afternoon she became tired and complained that she felt unwell. We sent her off to rest and P2 kept looking after her which was very cute. P3 was passed around throughout the day and I didn’t really get many cuddles from her myself. I felt quite lost to be honest but enjoyed the break.