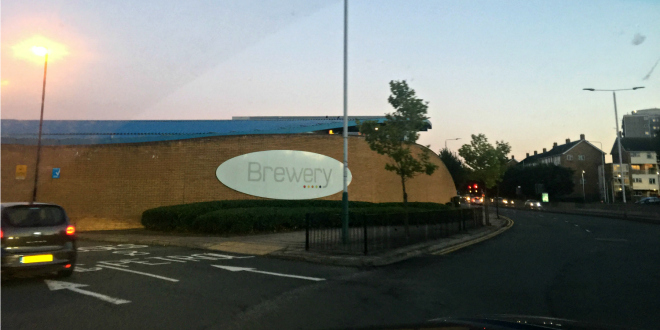 A Date Night At The Brewery Romford

Hubby and I recently had the pleasure in returning back to The Brewery Romford for some child free time. We visisted in November last year and it was a Sunday so a lot of the shops were closed as it was early in the morning, so I was pretty excited about heading there with some time to actually visit some of the shops they have to offer. The Brewery Romford is a shopping and leisure centre in the heart of Romford. It houses many shops, cafes and restaurants, gym, bowling and even a 16 screen Vue cinema. We were asked to go and watch the new Bridget Jones Baby film so that was really exciting. We waved goodbye to our girls leaving them in the capable hands of my mother-in-law and headed off before bedtime to Romford. It’s about a 30 miles journey and we were a little nervous as we were travelling around rush hour time, but it actually went pretty smooth and it was lovely to turn the music up in the car with no children demanding things. I was pretty excited that Home Sense was still open and the store at The Brewery Romford is huge!! If I didn’t have Hubby in tow, I think I would have been in there for hours. We bought a new Frying Pan, oh how life has changed now that I am a grown up! We then headed to the Vue cinema to collect our tickets. Last time there was a little confusion so I was prepared with my emails, but this time went super smooth and we were handed our tickets, two ginormous popcorn boxes and two huge drinks.

Bridget Jones Baby was absolutely hilarious and everything I had expected. I couldn’t remember the previous films as well as I’d hoped but it was easy to follow. There was a lot of smiling and laughter in the pretty busy cinema screen. Hubby and I enjoyed munching our popcorn and ended up taking the second box home for the kids to enjoy in the morning. I personally wanted Bridget to pick the other man that she did, but hey ho! Everything was shutting down by the time we came out of the cinema, so my sneaky idea of having a McDonald’s didn’t go to plan but Hubby and I enjoyed yet another lovely child free date at The Brewery Romford. I keep meaning to return for a proper look round all of the shops as there is a huge variety. I quite wanted to visit Poundland.