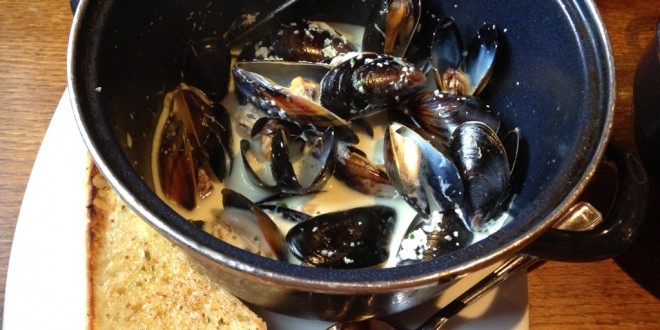 My OH and I managed to grab some couple time for the first time since the day before I gave birth to P2! 10 weeks is a long time for us, we used to get couple time at least once a week, usually twice. I missed being with him.

So I took the opportunity to put on some nice clothes on, decent underwear and heels. Of course, my nice bra was accompanied by some very un-sexy breast pads. The starters were amazing! It was a rather expensive place we went to, in my opinion, but I’ve got to admit… I’ll still choose a yummy Toby Roast if asked. We had a good chat about the future, about our moving out plans and just general chat. It was fun.

When we got home we were updated that P1 had gone to bed well, and P2 wouldn’t take a bottle from my Mum because she was confused by my Mothers boobies, so she had to give P1 to my step-Dad. Which she then took two bottles of my milk which I feel greatly pleased about because it means that I can leave her for a little while if I need to.

However, the fact she had two bottles has prompted me to start expressing again. I’ve been doing one 4oz bag of milk a day for now, and will try and do two sessions of expressing next week. I love the fact I have the possibility to go out if I want to, but I really don’t half the time. It’s tiring but I love every minute I spend with P2!