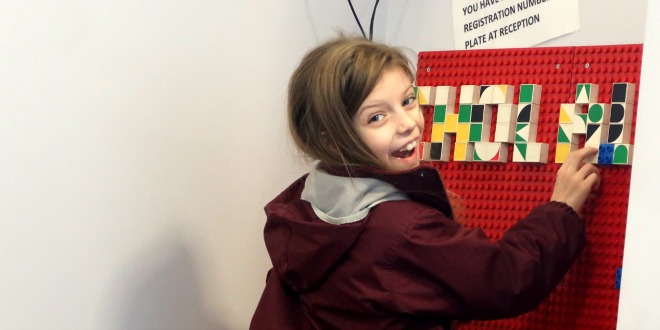 Daughter Has Her Autism Assessment

As I’m writing this it’s Monday 28th January. It’s very late and my eyes are stinging from exhaustion. It’s been a long, emotional day.

For many years I have believed that my eldest daughter, Freya, has autism or is autistic. For over half of her life I have been begging the paediatricians to assess her but with school reports and questionnaires coming back very different to my own observations, it has been a tough experience getting listened to.

Well over a year ago now, the paediatrician finally agreed to refer her for an assessment. I think part of the problem with getting a referral was the fact we seemed to see a different paediatrician each time we visited. There was nobody consistent to begin to know Freya properly. It was a fresh pair of eyes each time.

Anyway, back to today! Today was the appointment for Freya to be assessed for autism spectrum disorder (or condition I believe is going to be the new term soon). In the lead up I made notes because quite frankly when people asked me “how do you know?” Or “why?” I sort of bottled up and didn’t know what to say. I just knew Freya was different and her behaviours were not “normal”.

I created a video from my notes so that I could document it and in hope that others may find it useful. Here it is if you fancy a watch, it’ll explain my reasons although there’s many more I didn’t jot down.

With my brother being diagnosed with Aspergers, I decided to ask my mum to come along with us for the assessment. She was more experienced and could let both Freya and me know roughly what to expect in the assessment.

I experienced weird feelings ahead of the assessment. Excitement and nerves. It’s sort of like when you are about to go on holiday, you are excited for it but also nervous about the unknown. Or is that just me that feels that way?!

It was a day I had dreamed of for over five years. The day where we hopefully would get some answers on why Freya behaves the way she does. For us to be listened to. The nerves were there too, telling me I was being stupid and Freya was just a more difficult child. That maybe nothing was actually going on. Maybe I was just a bad parent. Thankfully the assessment was taking place at a very well known location for us. It’s the clinic that Freya has her physiotherapy in every few weeks. I think this probably helped with any nerves Freya may have been feeling. My own head was spilling with the unknown, trying to think of all the different questions I may get asked and going through the notes I’d made so many times.

We were greeted by two medical professionals; one was a Paediatrician and the other a Speech and Language Therapist. This was it. There were no second chances on this one, I had to explain the best I could about all the struggles we have faced and behaviour traits of my daughter. The Paediatrician explained that Freya would be assessed separately in the room next door. There was a window with limited transparency so we could kind of see Freya.

The Speech & Language Therapist took Freya into the separate room whilst the Paediatrician spoke to us. We went through so much background. I was so glad that the paediatrician lead the questions and helped prompt us to remember things that I hadn’t even made notes on. She was so kind and it actually didn’t feel like we were being judged or assessed but more like we were just having a conversation about everything to do with Freya.

I think the assessment part took just over an hour. Times flies right? Then Freya was lead back into the room with us. The Paediatrician and the Speech & Language Therapist then took themselves out of the room to discuss their individual assessments. Freya excitedly talked about what she was doing in there whilst we waited nervously.

When they returned the Speech & Language Therapist started first and went through all of the things that she had done with Freya. I have actually spoken about this more in the video below. It was such a surreal experience though, listening to someone who has just met your daughter talk about exactly what you have been explaining for years and years. She was explaining Freya.

I felt a huge relief as she got to the end of her assessment findings and said the words “We believe Freya is on the autism spectrum”. Hearing those words was like music to my ears. I know that autism isn’t the greatest of diagnosis’ to be given but it was something we’ve known for such a long time that it felt like such a relief. We had fought for over five years for that moment and there it was.

We were then handed a bunch of leaflets that was information on local support groups, a brief explanation of what autism spectrum disorder is and then some numbers or websites to visit if we needed any further information. At this point Freya turned to my Mum and said “What’s wrong with me?” We had to explain that nothing is wrong, but that her brain works differently to most people. That she is special. I feel so much relief today. Finding out that our suspicions were correct all of this time. Sort of having a bit of reassurance that I wasn’t just a bad mum. I know a lot of people feel a bit of denial following an autism diagnosis but for us it wasn’t about giving her a label. It was about opening Freya up to extra support in dealing with life as a person with extra needs. For us as a family to access support too.

I have lots of content I want to create on this topic. I hope you enjoy and can learn some things from our autism journey. All people are different, we are all like snowflakes. Individual.