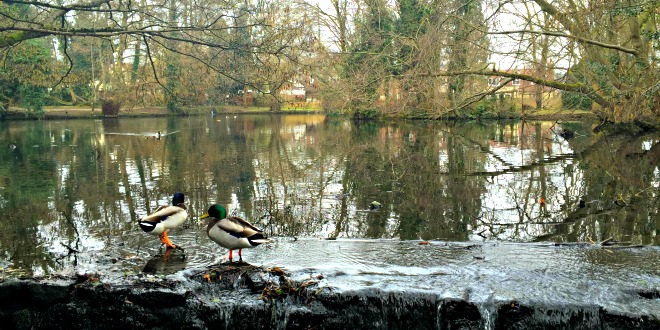 Doctor Google Is Not Your Friend

I went to bed last night with a banging headache. I can only think I am subconsciously worrying. Either that or I was utterly exhausted from the day.

It started early with a pretty relaxed walk to school with P1 and P3. Of course that didn’t go without dramas as P1 fell flat on her face and made her hand bleed. But we arrived to school with plenty of time to visit the ducks on the way and get patched up by the school First Aider.

I then took a leisurely stroll to the local children’s centre to have P3s 18 month checkup on her head. Right from the beginning that head of hers has been a worrying. Growing rapidly. Part of me believed it was the Health Visitor not measuring correctly as poor P3 detests a tape measure wrapped around her head. Although I felt nervous, I didn’t think anything other than positive news would come from the appointment. I was wrong. P3s fontanelle is still very open which is shouldn’t be at this stage and she’s gone up to the 99th centile for her head measurements. One good thing was that she is now following a steady line in her weight on the 50th centile.

We’ve been asked to go to see our GP, where they will most likely refer her for a head scan. The Health Visitor didn’t look overly concerned, but concerned all the same. She said it may just be something that runs in the family as P3 shows no signs of any other dangerous symptoms.

Despite being reassured that getting a doctor appointment wasn’t an urgent thing, part of me feels terrified. I am 99% sure that a head scan would mean being sedated, just like P1 was when she had her head MRI four years ago.

Doctor Google should never have been consulted but hubby is like his mother and always will research possible things. Things like brain tumours, water on the brain and autism. Our beautiful toddler, who has always caused drama, has the potential to be very ill or absolutely fine. Two very different eventualities. All we can do is wait and hope that the better of the two is our fate.

After the appointment, I walked all the way home to grab a train with Hubby and P2. We were off on an adventure in the kids eyes. We went into a few shops and found a brilliant park that will be perfect in the summer. It had a huge sandpit and so many different apparatus to play on. We stayed there longer than was anticipated which led to a very cheeky McDonalds lunch. We then had to get the train home and I’d literally been at home for about 15 minutes before I had to leave to collect P1 from school. Another walk in the rain. By this point my head was banging, my feet on fire and my legs feeling like they were going to give way any second. I was extremely grateful to receive a lift home with a school Mum.

By the end of the day I had taken 17,815 steps covering 7.85 miles. I honestly don’t think I’ve ever get so physically drained in my life. I’m only small and everything always seems to be so much further for me. It’s now been 20 days since we last had our car and I am so over it. Frustration and anger is overwhelming me whenever the car is topic of conversation. I just don’t understand how it can take this long and when dates keep getting pushed back, it makes me want to scream.

Sorry for the rant post. I am now off to test our new double pushchair, because whilst not having a car our double snapped, so watch out for that review very soon.

Share
Previous Do You Really Need A TV License?
Next #LightTheArch With EE