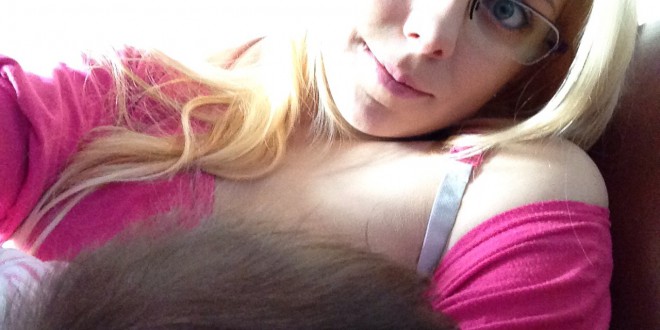 “During the day we have no issues”

I didn’t expect to have problems feeding this time round. With P2 it had all gone pretty smoothly but with the weight gain falling heavy on my mind the past few days I’ve been questioning my ability.

I’ve done a lot of Googling and the support I’ve had via Instagram, Twitter and Facebook has been astounding but I still can’t help that over and over again I’m telling myself that it’s my fault she’s not gaining weight.

During the day we have no issues. Our breastfeeding experience is magical and the bond I have is so strong. She depends on me. Then at night the switch gets flicked and P3 acts like she’s never seen a boobie before, like she doesn’t know what she’s doing, like she’s terrified of it or like it tastes of poop! It’s upsetting to watch her scream until she’s bright red, kicking and squirming in my arms. Not latching. Not even trying except screaming at my boobie and at me.

Hubby suggested that we try the formula option when she gets like this. I agreed and sterilised a bottle, boiled the kettle and made my first bottle of formula milk since February! The reaction to this was worse. P3 doesn’t like formula. I kept thinking “she’ll drink it if she’s really hungry” but she didn’t. She point blank refused it.

I’ve done a lot of crying. A bit like when P2 gave me up by herself at 6 months. I’m not ready to give up just yet so have put a stop to the Juice Plus diet I decided to do the day we found out she wasn’t gaining weight at a pace she was meant to. I’m eating oats, drinking plenty of water and eating regularly. My boobs feel fuller and during the day we feed all the time which I’m using as an advantage. I feel like a cow!

I still have a few days to see if we’ve cracked this weight thing. Wish us luck!