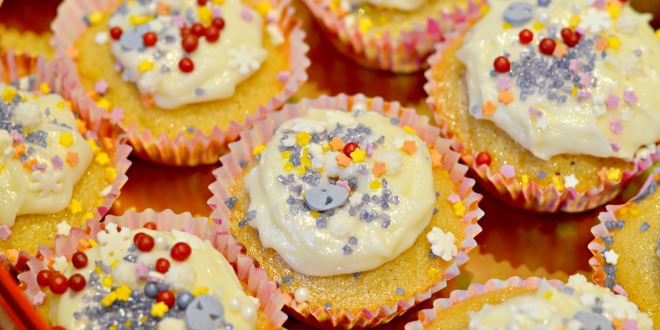 P1 has been a Brownie for four months now. I’ve been pretty sceptical about how long she’d stick mat it because I wasn’t a Girl Guide for long myself. However, she is thoroughly enjoying every meet they have and attends weekly. Being a Brownie is about exploring new hobbies, learning new skills and making new friends and I really think P1 is beginning to do all of those things. Last week we were invited in to the regular meet as part of P1 earning her Hostess Badge. This is technically the second badge she’s earned, a few weeks ago she obtained the Brownie Traditions badge, but that was done whilst at her regular session. The Hostess Badge needed some extra planning and I was a little bit panicky as the day before we were actually in London so there was no time for me to prepare. Of course I lumbered the task on a willing Nanny. P1 put so much effort into every aspect of earning her Hostess badge. She lovingly wrote invites, an envelope, drew up a plan for the event and baked cakes. My Grandad was invited too so we all turned up at the set time and enjoyed P1 waiting on us. I was so incredibly nervous because of her Hypermobility, she can barely walk as it is let alone carrying hot cups of tea across a hall. But she did it and I couldn’t be more proud of her. She looked so little and so nervous but she overcame all of that and earned her Hostess badge. I’ve since been looking through the badge book trying to pick the next one for her to achieve. I’ve been shocked to find that they are all pretty intense but I’m thinking one of the Animal ones would really suit P1.