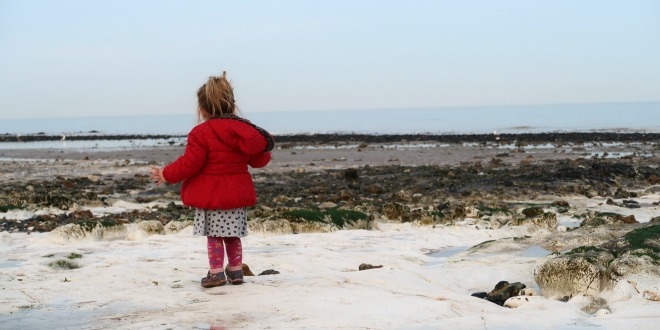 Today I was meant to be heading off for a coffee morning with the mums from P1s school. They don’t get organised very often and I am definitely not in contact with them as much as I’d have hoped. I think I’m a bit of a stranger to be honest especially now the drop offs in the mornings are super quick and simple. I didn’t go to the coffee morning. The deciding factor wasn’t the horrible butterflies in my tummy surrounding the anxiousness of it all. It was my youngest daughter.

I love her to bits but very recently she’s been an absolute nightmare to be around. To the point that I dread stepping out of our front door from fear that she is going to let loose her amazingly terrifying tantrums. She’s always been a drama, we’ve laughed about it and cried about it many times. I still remember when she was only a few weeks old and I was brought to ringing our doctor to express my concern for the amount that she cried. I knew it sounded funny, a newborn crying too much, but this was different. I wasn’t wrong either, at that time she needed antibiotics through a cannula in her arm/foot.

P3 is different to the others. She’s stubborn and will not be reasoned with at all. Even with chocolate as a bribery tactic. She does things on her terms and her terms only. I guess this has made her be a bit of a brat, she gets what she wants all the time. But we’ve managed to learn to word our requests in a way where she thinks she’s doing what she wants, when really it’s exactly what we wanted her to do anyway. It’s hard to figure this out all the time especially when you are still four years in with sleep deprivation. But I thought we were doing ok and she just cries more than average as a way of expressing herself. P3 is two and a half years of age. The terrible twos stage. I’ve gone through this stage two times already and felt very prepared to tackle it for the third and final time. So far the temper tantrums have been at home or surrounded by people who love and care for us. Who understand P3s very erratic personality (Think Jekyll and Hyde). But most recently she’s been bringing her tears, her screaming and her defiance into our public lives too and they are harder to cope with. It feels like I can’t escape from the ear deafening noise that she brings nearly every half an hour over silly things. In fact pretty much anything can spark it.

Today, has been my worst day I think. Like I said, I was meant to be enjoying a coffee morning and socialising myself. Something I rarely get to do. But P3 has been extremely tempremental the past few days and much more emotional too. So I didn’t go. Instead I thought we’d head somewhere familiar, somewhere she has grown up to love and enjoy, Gymboree. Her usual Friday Gymboree lesson with her usual teacher and familiar faces. Ok, granted she’s not exactly sociable with those people but so far she’s managed there. P3 was excited to go telling me “Gymbee open”. She scooted down the hill chatting away about Gymbo the clown. She whizzed inside the door and off she went.

Literally ten minutes in she started licking window on a door there. I very calming reminded her that the door was dirty. I didn’t tell her off, I would have expected the reaction I got if I had. But her lip trembled. That’s the tell tale sign of a crying episode. So I tried to nip it in the bud and started singing the “monkey jumping on the bed” song to distract her. She started crying saying she wanted to go home. I continued to ignore her requests and try to get her to join in with the other activities going on in her lesson. I think we endured nearly fifteen minutes of very loud crying. It wasn’t fair on the others in the lesson who also pay money to be there and have fun. So I made the decision to leave.

We headed over to Tesco to get P1s school friend a present for a party tomorrow. The crying stopped. She was happy and as if nothing had happened. Me on the other hand was very close to tears and could feel the prickling at my eyeballs. It took every inch of effort for me to prevent myself from bursting into tears. I had my cheeky happy toddler back and that was all that mattered. This is the thing about her, she just switches it off randomly. P3 could be crying for well over half an hour, yet will just randomly stop which is why we mostly ignore the behaviour after we’ve tried to resolve it during the first few minutes.

We got into Tesco and I realised she wouldn’t be able to scoot around the shop. I got down to her level and explained to her the situation. I was calm, I thought she was calm as she nodded in agreement. Then I went to pick her up and she arched her back, screamed at the top of her lungs and kicked all whilst clinging onto her scooter. I felt eyes watching me, of course they were she sounded like she was being murdered! I carried on, awkwardly walking up the aisle towards the toys. Eventually putting her on the floor and declaring that I was going to carry on walking. I was actually really calm about the situation. But she continued to roll around the floor screaming. I felt mean to just wander off. I knew it wouldn’t work anyway, so bent down and picked her up again.

That girl of mine did not stop. She’s stubborn. She was shouting that she wanted to go back to Gymboree (go figure) and that she wanted to go home. That she didn’t want to walk and generally just screaming nothing but screams. I felt embarrassed, flustered and sad. For her, for me, for those who witnessed it. I probably looked like a young mother who couldn’t cope with her child. Little do those strangers know that actually I have three daughters, I’m not so young anymore and this one is really different. Somehow I managed to pick a present for the friend, carry it and the scooter and my wriggling screaming child to the checkout. That’s where she switched again. She helped me scan the present and carry it out of the door.

Then she stopped. Dropped the present and fell to the floor screaming again. Right in the door way of Tesco. Right in the way of trolleys and people. Thankfully I could see Hubby in the car waiting for us by now ready to take us to pick P2 up from nursery. I felt like my savior was just moments away. I struggled once again with P3 with an elderly couple in front of me turning around muttering something or rather. Then I heard the lady say “oh it’s ok an adult is there”. I handed P3 to Hubby, got in the front of the car and the tears fell.

I honestly believe these tantrums are different to terrible two types of temper tantrums. I normally cope quite well with tantrums. But these are just different and feel different. I’m not horrible to her. I am usually relatively calm as much as you can be with your child screaming every half an hour. But these outbursts are beginning to prevent us from leading normal lives now. I dread doing things that will put us in a tricky situation or where I’ll get judged. Like that stupid old lady walking in front. I feel myself going grey and aging after every tantrum. My head feels numb and my ears are trying their best to switch off to the world. The other two have to deal with the crying too and it’s just awful.

People keep telling me that it’s a phase she’ll grow out of. But quite honestly, she’s always been like this and it’s only getting worse as she grows in size and in independence. I am very much looking forward to her starting preschool in September and getting some space from us and hopefully not always getting her own way. Oh and just as an ending note, we have good moments too and she’s just the best child ever, I promise! This post was written a few weeks ago. I am pleased to report we are all still surviving through the terrible twos phase….. With lots of chocolate!