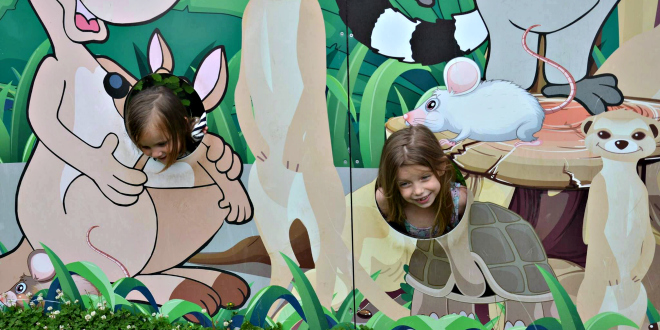 For a while now P1 and P2 have enjoyed a one night sleepover with my Mum over in Essex. It’s usually the first weekend of the month and it gave us a little bit of a break. It was never a full break because we had P3 and there’s only been a handful of times (if that) when we’ve managed to get a babysitter for a few hours so hubby and I could escape. We just felt that P3 wasn’t quite old enough to venture such a distance especially as she’d never been left overnight before.

But on the weekend of #BML16 we were able to kind of trial run a child free weekend. P1 and P2 were with my Mum for two nights and P3 had been shipped off to my MiLs for one night. It didn’t feel like we were child free though, I was busy with the blogging conference and exhausted from the hotel problems and being woken up at 5am by the fire alarm. In fact I think I felt worse than when I do have all three girls.

But the main thing is, P3 coped without us. She still slept through and as far as we are aware, she wasn’t much trouble. So we decided it was probably about time that she joined in the fun with my Mum in Essex. Her first time was last weekend. The nerves and sickness I felt beforehand was incredible. In my mind I had plans to crack on with blog work, tidy the house and go food shopping. Now the weather is nice we tend to meet at the park for the girls to be picked up. This also gave P3 a chance to meet my Mum in an environment she knows each time the other two were picked up. Issues surrounding my Mum and I haven’t quite resolved themselves to a point where we go round for roast dinners or she comes to our house just yet so meeting at the park for half hour every month is a slow but positive progression.

This particular time, I waved goodbye to a car that contained all of my daughters. I felt excited. I felt worried. To be honest I’m not really sure how many different emotions I felt in those thirty seconds as I waved them down the road. It felt weird walking home with nobody holding  my hands. And it felt even stranger walking into a house that was silent.

In the end totally relaxing took priority over being productive. It had been at least 21 months since we had a full break. We did do a food shop together which was extremely strange without children, and then the rest of the weekend was spent watching Netflix and cooking a delicious roast dinner.

I enjoyed the peace, I enjoyed the rest and having no responsibilities that weekend. But at the same time it was awful. I felt quite on edge and agitated the entire weekend. Not really knowing what to do with myself and actually feeling quite bored! Next month I need to plan for us to go out somewhere so we are distracted by the silence.

What do you do when you are child free?