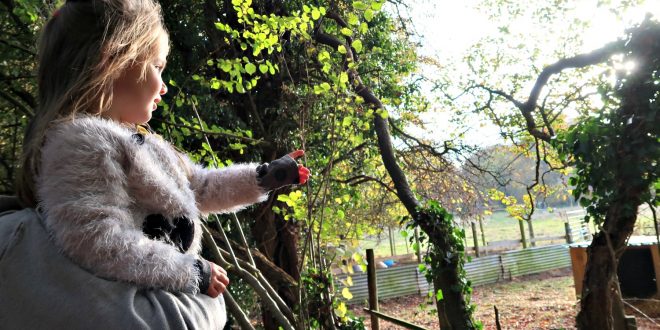 Great Days Out In Hertfordshire

Hubby and I really try to keep our little tribe entertained during the holidays and weekends. We’ve spent a lot of time exploring our home county of Kent, but sometimes it’s nice to venture further afield. After taking a few trips to Hertfordshire, we realised just how many awesome activities there are for children there. Here’s a round-up of my family’s five favourite places to visit in Hertfordshire:

The girls absolutely loved Paradise Wildlife Park, the most-visited tourist attraction in Hertfordshire. I can see why – there’s so much going on there! For a start, there’s the animals – more than 500 of them, including zebras, cheetahs, meerkats and gibbons. The park is full of different themed enclosures such as the reptile temple.

The girls were feeling brave enough to head over to Big Cat Territory, where you can see the ‘big five’ – jaguars, leopards, snow leopards, tigers and lions! P3’s favourite part of the day was visiting the newly opened World of Dinosaurs, a woodland full of moving, life-size dinosaur models.

As most of my regular readers know, I’m not really a winter person, but one summer weekend it was so hot that even I was keen to find somewhere cooler. Hubby suggested the Snow Centre, and the girls jumped at the chance. The Snow Centre is supposed to be one of the top indoor ski centres in the country – the slopes are made with real snow! You can ski, snowboard or sledge there, and there are private lessons for all ages and abilities.

We went on a family sledging session (it’s popular, so book in advance), and it was so much fun whizzing down the icy slope. Afterwards we had lunch in The Lodge, which was decked out to look like an Austrian ski chalet. It was hard to believe it was sunny outside!

The whole family are huge Harry Potter fans, so when we suggested taking her to Hogwarts for her birthday, she loved the idea! We drove up to Warner Brothers Studio to learn all about the making of Harry Potter, and take a sneak peek behind the scenes. The Warner Brothers Studio Tour had us completely spellbound from the get go. We got to see some of the most iconic sets, like the Great Hall at Hogwarts, Diagon Alley and The Forbidden Forest. We got to learn about how the magical creatures were made, and all the different special effects.

All of us loved seeing the props. I especially loved the potions classroom – so much attention to detail. For a special treat at the end, we took the girls to the Studio Shop to let them pick out a souvenir. P1 chose a replica wand, while the other two headed straight for the Harry Potter-themed sweets. After being cooped up at school all week, it’s nice for our little tribe to go somewhere so they can let off some steam. One weekend, we woke up really early and drove to Knebworth House. It’s a huge old stately home, set in beautiful grounds that includes a 250-acre deer park. We watched the deer graze, and then we walked around the gardens, all having fun getting lost in the maze.

But the real reason we’d come to Knebworth House was for the massive adventure playground and the Dinosaur Trail (like I’ve said before, P3 is obsessed with them). The kids spent ages on the playground, which has swings, slides, a zip-wire, a bouncy castle and a zip line, which meant Hubby and I had time to relax together. We had a picnic lunch and ice cream from the kiosk, before heading off into the woodland in search of the 70 life-sized dinosaurs and other prehistoric creatures.

Going on a day out with three kids can be expensive, so sometimes Hubby and I choose free activities we know our girls will enjoy. One of our favourite free places to visit in Hertfordshire is a place called Scott’s Grotto. In the 1760s, a poet and businessman called John Scott went a little overboard when it came to decorating his garden, digging 67 feet of caves and underground grottos below ground.

We took a torch and explored these underground caves, with Hubby telling spooky stories to scare the girls. The high point was seeing the chamber of seashells, a grotto decorated floor-to-ceiling in shells, fossils and pretty stones. The girls think we should build one in our back garden, too!

These are only a few of the many attractions that families will love to visit in Hertfordshire. We hope you’ll take the time out to explore some of the places listed, and enjoy visiting them just as much as we did.