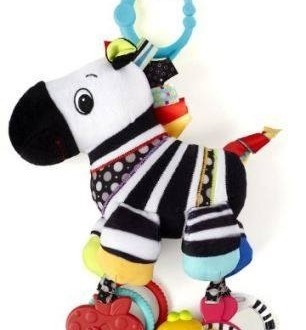 Something horrified me yesterday. My dearest friend shared a link to a news article about a recalled toy. I’ve had a toy that was gifted to us recalled before but that was due to breakable parts not harmful chemicals.

My friend wanted to voice her opinions on the subject as it has distressed her very much!!

“Yesterday while browsing through a forum that I frequently visit I noticed a post about a toy that has been called back by its manufacturers. When I clicked the link to the Daily Mail article regarding the toy in question I was shocked to see the product being recalled was a toy that my son has, it’s the first time this has happened to me and after reading the article I was horrified to find out that one of the dyes used is a known cancer risk, not only that but this chemical has also killed 400 people in the past when used incorrectly in a product.

The toy in question is a “start your senses zebra” made by the popular baby brand Bright Starts. It contains a teether, a mirror, a rattle along with other fun things for your baby to explore. Now Archie loves this toy, so much so that it’s visited our playmat, the car seat, I’ve even attached it to his cot to keep him amused when I run his bath. Being a 6 month old baby he’s chews it, a lot. And he’s been chewing it since he was two months old.

Image
According to the daily mail it “contains a colour including the chemical 4-Aminoazobenzine, also known as Aniline Yellow. It is a yellow dye used in computer printers, insecticides, paint and varnishes, however it is toxic and a cancer risk with the result it is prohibited from products that might be chewed by babies. In 1981, a criminal gang in Spain sold huge quantities of olive oil containing the chemical in a catastrophic food fraud that left 20,000 sick and 400 dead.”

Now as a mother I try my best to protect my boy from danger, so I was disgusted to find out that the toy that he has been chewing for four months contains such a harmful chemical. Not only that but the toy that we own has the dreaded “Q” code that we have now been told is the bad batch. I’m now left worrying that it’s harmed him. He seems fine at the moment but I now have this fear at the back of my head that I have given him a toy that might cause him health problems later on in life. It’s just not good enough that the manufacturers have let this product designed for chewy babies be tainted with something so harmful. I am beyond annoyed and believe that any family out there with a toy from the bad batch should be compensated. At the very least we deserve some form of apology from the makers. There should of been a bigger deal made out of this, as if I didn’t visit the forum that I do I may never have known.
I’m also upset that the Bright Starts website has not listed it’s toy under it’s product recalls section on its website. I’m sorry but it’s just not good enough.

So mama’s please if you have this toy, discard it immediately, out babies shouldn’t be chewing such an awful product.

Love and hugs from a very peeved N x”

This is the toy in question and I’m very relieved that it’s not in my toy box! But it leads me to wonder about the toys that are in P1 and P2s stash!!