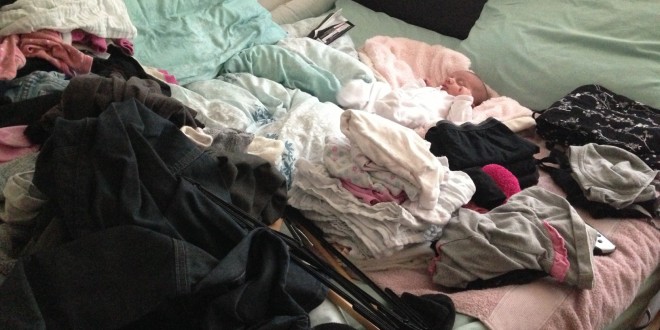 Basically we’ve all survived and conquered our first month as parents of two! So proud.

Now it’s time to get back to normal with life. Yesterday, I tidied P1s bedroom – it was disgraceful! I also pretty much bagged up all her clothes to be put in the loft for P2 and replaced them with her clean, new clothes we bought last week. I also started tidying our bedroom by sorting and putting away our clothes washing.

P2 is in there somewhere…