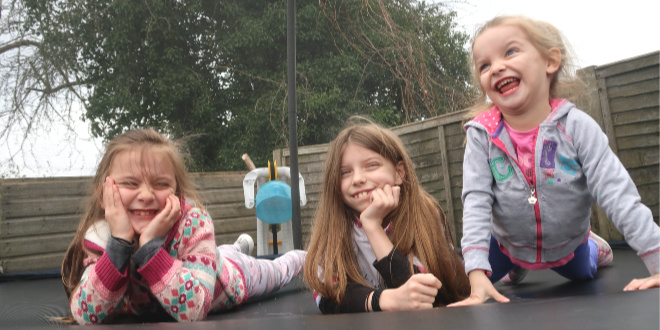 Home Is Where The Heart Is

Part of me didn’t want to sit and write up this post. Everybody is going through the same thing right now so why would anyone want to read about it? Then I remembered the reason I started this blog seven years ago. It was a place to document my life, my thoughts, and my experiences.

So of course, I should write about it and how I’m feeling through it all. I’m obviously talking about the coronavirus here and unless you really have been living in a cave, you’ll have heard of it.

For those that might be stumbling upon this is fifty years’ time (will the internet and blogs still be a thing by then?!) then Coronavirus (COVID-19) is an infectious disease caused by a newly discovered coronavirus. Coronaviruses are a family of viruses that cause disease in animals. Only a few of them have made the leap onto humans, COVID-19 being one of them that is causing a worldwide pandemic.

Back in December, the news broke that there was a first case in Wuhan, China. This soon escalated to China having to go on lockdown, thousands of people getting ill and losing their lives. At that time it was worrying to watch. I felt sad for all of those people affected by this disease but it didn’t affect me personally so life went on as normal. A bit like the terrible bush fires of Australia. It was horrific but it didn’t change my life here.

How naive I was. The whole situation escalated over the coming weeks, new countries were getting cases. Then the UK. It was getting closer to home but not so close still. Life went on as normal.

At the beginning of March, things changed. It was all I wanted to talk about, Hubby was getting a bit annoyed by me and was shrugging it off too. I persuaded him to go for our monthly shop a bit earlier than normal to make sure we had tinned food. Part of me didn’t believe anything would get so bad that our lives would be changed but boy was I wrong! The second week of March was our last normal week. I attended my Zumba class, we had parents consultations, Eva had horse riding, Freya had her early morning swimming whilst Eva went to gymnastics, I went for a coffee with friends, Hubby and I went to the clay ground, we attended a Selective Mutism course, and Elsa had a birthday party. It was so typical.

There were lots of news reports of countries shutting schools and going into lockdown but nothing was really moving very fast in the UK. In fact, as cases were rising in the UK I had begun to feel concerned by the lack of procedures being put in place by the government. There were definite talks that people felt the government would shut the schools by the end of the coming week.

On Monday 16th March, Hubby and I felt compelled to do last minute shopping and tying up loose ends. Returning the library books and getting organised for schools shutting down at the end of the week. Something made us feel really uneasy that Monday and then just after lunchtime the Head Teacher of our daughters’ school sent an email to say there was a suspected case in a parent.

I know at that point lots of people went to pick up their children. We decided to leave them as there were only a couple more hours left of school. That playground pick up was the weirdest one I’ve experienced. Everyone was standing apart, there was a nervous atmosphere. Parents were talking about whether their children would be going to school the next day.

Hubby and I had decided that we would make our decision based on the Prime Ministers announcement that evening. He was starting to do live daily updates which I think is brilliant in keeping us all informed. I honestly don’t think I’ve felt my heartbreak as hard as it did that evening. All I’ve ever wanted is for my children to get the best education, the best upbringing, to be healthy and happy. That’s all anyone wants for their children right? No one knew how long they would be off of school for so trying to make a decision to take them out of school before the schools had even shut, felt wrong! It was tough.

We went to bed absolutely torn. A huge part of me wanted them to be able to go to school, enjoy normality for as long as possible, say their goodbyes to teachers and friends. Then the other part of me wanted to wrap them up in bubble wrap, keep them inside the four walls of our home and hibernate until this all blows over.

I cried from 6 am to 9 am. The decision to keep them home was made. It didn’t sit well with me at all but I knew it was a decision we’d made to keep our daughters safe or at least as safe as we could at this point.

My anxiety was intense over the first week of our isolation period. None of us had symptoms (a fever and a persistent new cough) but I felt my chest squeezing tightly, my heart skipping beats and pounding loudly. I was grieving and for the first three or four days, I just kept crying.

The worst part for me was knowing that Freya’s last few months of Primary School were being torn apart. She wouldn’t get to experience her residential trip, her KS2 SATS exams were now canceled, there would be no last Sports Day or summer production, no end of year water fight, leavers assembly, signing of shirts and graduating from primary school. It was all over far too soon.

My heart was and probably still is, very broken for her. It’s funny how you take life for granted. Everything about life from the rainy school runs to the holidays abroad. It goes without saying that I feel tremendous sadness for Eva and Elsa. Eva has been doing horse riding and gymnastics which are both things she is really good at. It’s not just a club she does but a real skill she was mastering. She will only be seven years old once. But I understand they are things that aren’t important in the grand scheme of things, just something that brings me sadness to know she can’t do for the foreseeable future.

Elsa has selective mutism. It’s something that can be treated but to treat it she has to be exposed to the situations that make her feel uncomfortable talking. If she’s shut in our home for months, I’m worried we’ll never get past it and heal her.

As I’m writing this we are on day twelve of our self-isolation (although this is going live on our day twenty-two). The UK is now in a lockdown phase where we can only leave the house for essential food shopping and for one form of exercise a day. Hubby has left once for some shopping but the girls and I haven’t left since that Monday school run.

I’ve been spending my days trying to keep a routine for the girls. Doing schoolwork between 9 am and 3 pm. We’ve been very lucky that she school has set up a virtual school and are uploading the work they would be doing for us to complete at home. My anxiety is less intense now as I’ve been keeping my mind busy with school work. I have thrown myself into trying to keep up with the girl’s school work. It’s incredibly important to me that their education doesn’t fall too far behind through all of this.

Nobody knows how long we’ll be home for. There are talks of it being until June, some are saying at least six months. It’s a very uncertain and unprecedented time right now. They say home is where the heart is, and it’s also where my little family will be for the foreseeable future.

How are you all doing? Please stay safe, stay home and keep washing your hands. For more information head here.