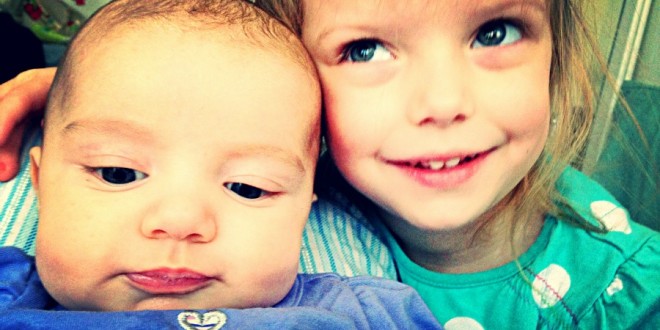 I Think I’m Going To Be Sick!

**Warning Graphical Post Alert – Only For The Eyes Of Experienced Poop And Sick Cleaner-Uppers AKA Parents!**

To this date P1 has only ever been sick on me once, that was 1 minute past midnight on New Year’s Day 2009! She was only a week old. And now, four years on, that is the one and only time she’s been sick on me, even through her terrible sickness when she was tiny!

With P2 things have been very different. She was sick on me the first day she was born. I panicked, I had no idea what to do and the nurses at the hospital were pretty useless in helping me too. I guess I wasn’t a first time Mum so they probably thought I was being stupid… To be honest I probably was!! I’ve never been fantastic at dealing with sick. Terrible in fact. I have a horrible gagging reflex and I’ll gag just thinking about the slime on eggs etc etc etc. I’m pathetic.

Anyway, P2 is a sicky baby, it doesn’t happen as often to be classed as reflux, but she is frequently sick. Since that first day I’ve managed to save ALL clothes she’s worn and managed to get the sick on a towel, her bedding and even my hand. Fantastic improvement on my behalf as I don’t gag anymore. To be honest the “sick” is only ever milk.

Today, I failed. I managed to finish a lovely meal at the Harvester with my lovely friend, even dessert, and P2 woke up, as usual, I fed her under the shawl thing I have. As usual, she choked (she’s always choked when feeding or after feeding, it’s odd and it just proves you can’t leave a baby alone because sometimes it looks like she’s not breathing and it’s quite scary!) she was fine this time, carried on feeding. Then she choked again, this time she did the scary, I’m not breathing, act and ended up making herself sick. I caught it in my hand, but it trickled out and all over her travel sleeping bag, and then onto my top. Yuck!

I’ve even had to deal with the other end today. I don’t know if it’s a breast feeding thing, I’ve read somewhere that it is, but P2 doesn’t do a dirty nappy every day. She actually skips a day, sometimes even as much as three days without a dirty nappy. When she finally does go, she tends to do several in one day. That literally explode!

At first I thought the leakage situations were due to a too small nappy, so we upped to a size 3 New Baby nappy. Which helped… Until today! This morning was fine, I dealt with that no leakages. But this afternoon, after I got back thank goodness, P2 filled another nappy, and it leaked out the side onto her sleepsuit. Managed to miss the bodysuit though so I’ll give her that! I’d really like to know if this is a breast feeding thing?! Or if my daughter is just odd…

Today, well today has definitely been a day for gross! And it’s not even over yet… What will the rest of the evening have in store for me?!