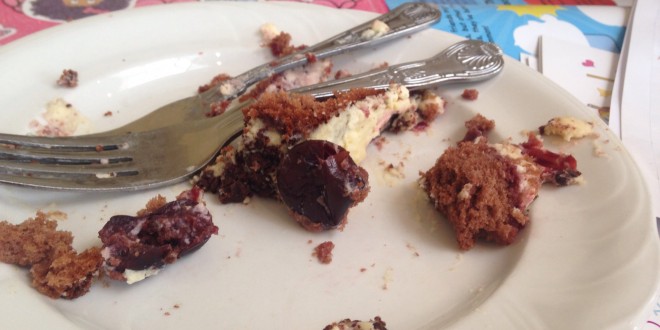 I’m at that stage where getting dressed is the biggest drama of the day. Not just because I have to hop in and out of the shower whilst juggling a maternity pad, leaking boobs, a toddler and a newborn baby. But it’s the getting dressed bit that’s upsetting.

I’m at the stage where I can’t find anything to wear. It’s not like I don’t have things to put on because I do… Plenty. It’s more the fact I look disgusting in everything. I’m trying to dress for breastfeeding, a wobbly tummy and a huge maternity pad between my legs. My usual style is leggings and a vest top but with the current situation it just isn’t happening. I can’t feel confident in wearing knickers with leggings and getting the awful looking bulge from the knicker line AND the pad.

My mood was slightly lifted this weekend. It was a busy weekend with two family parties to attend. Obviously, a newborn baby gets a lot of attention from pretty much everybody and I was repeating the whole “she’s two weeks on Monday” and “she weighed 6lbs 11oz” over and over. I was getting the same response though, “wow you look amazing” and “you’ve done well to be out and about”.

I haven’t really contemplated the idea of not being out and about. I was the same when P2 arrived and out sitting at a play centre with P1 in the same week. In fact I’d been to Kiddicare the day after she was born to buy a nursing bra. Do people really just sit about relaxing after giving birth to their second, third or fourth child? I’ve actually taken it quite easy this time. I’ve had plenty of help from hubby and been told to rest but I’ve still been to the play centre twice, a food shop once, back to Essex visiting family and two family parties over the weekend.

I got very upset and emotional when getting dressed for both parties. It’s a very stressful time when you realise you’re nowhere near being pre-pregnancy slim and sexy. But hearing other people tell you that you look amazing helps to boost your confidence.

For now I’ll keep eating all the cake…