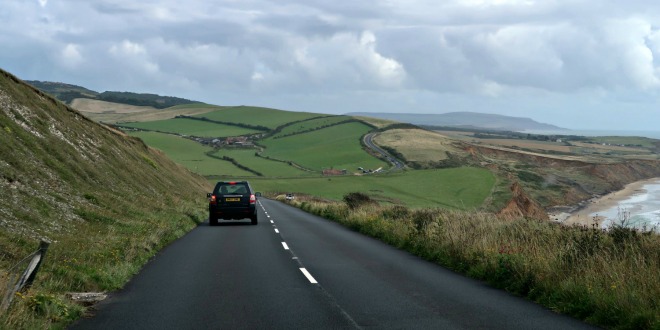 Our fifth day on the Isle Of Wight was definitely our most relaxed one. We needed it by this point as our days were long with many late nights and early mornings. Our little family needed to just chill for a little.

We woke up to beautiful sunshine so P1 had her breakfast outside on the decking of the House Of Liz Earle at the West Bay Club. It was the perfect place to enjoy the sound of seagulls and not much else. I cooked Egg and Soldiers (what do you call them?) for P2 and P3. It was the first time P3 had had them. I got ready at a leisurely pace and then enjoyed sitting outside with P3. We may have fed some leftover toast to the seagulls before heading for the Country Club at West Bay. We had booked P1 and P2 in for private swimming lessons with Stan. I was really excited as it was going to be P2s first ever swimming lesson.

They had half an hour each. Stan happened to be the same man who came and helped us with the fire alarm situation a few days before. Once again he was super friendly and the girls took to him nicely. P2 said she liked his messy beard which was hilarious. Stan is a brilliant teacher and so patient. After their lessons we headed to Isle Jump. At home the girls love going to Jump In which is our local trampoline park. P1 had been to Isle Jump with Hubby’s family last year but this was our first visit. The Isle Jump sessions run every hour which I wasn’t aware of but the staff kindly added the extra time for us. We were booked in, watched the safety video, put on our socks and headed for the arena. Isle Jump opens at 12pm and under 5s are fine to jump as long as a parent bounces with them. There are four sections in Isle Jump. To the left is the main jump area that also has two basketball hoop. In the centre is a giant air bag that you can jump in to, younger children definitely need some assistance getting off the airbag after jumping in. On the right is the dodge-ball area.

After a quick jump the girls complained they were hungry. This has been the story of my life the entire school holidays. Thankfully the cafe at Isle Jump is well equipped with drinks and cake so the girls were very happy. I even indulged in a Millionaire Shortbread. We then headed back on to the trampolines. The girls had a lovely time at Isle Jump. I personally felt like the trampolines were quite rough and not very bouncy compared to our local trampoline park but everything was clean and the staff were friendly. We then had to pop in to a local Morrisons to buy some more bottles for P3. Our next stop was the beach for the first time this holiday. We visited the beach every year when we were on the Isle Of Wight last year, but we just hadn’t had the time to go yet this holiday. We were close to Sandown beach which is one of the beaches that is recommended online. We’ve been before as it is very close to the IOW Zoo. Although the sun was shining warmly, the wind made it feel very cold. I made sure that the girls had sun cream on. We spent about an hour on the beach before the girls got a little grumpy and I felt absolutely freezing from the wind. It was beginning to get quite late so we headed back to West Bay to sort dinner out for everybody. The girls had a quick bath to wash away the sand and sea from their skin before heading to bed. As usual and what was becoming a nasty habit, P2 messed around and it took ages for them all to fall asleep peacefully. I love more chilled out days and I really think that’s the sort of vibe that the Isle Of Wight has. Sinking into the big bed in the House Of Liz Earle is definitely a rewarding treat any day. As usual, here’s our day five video for you to enjoy!