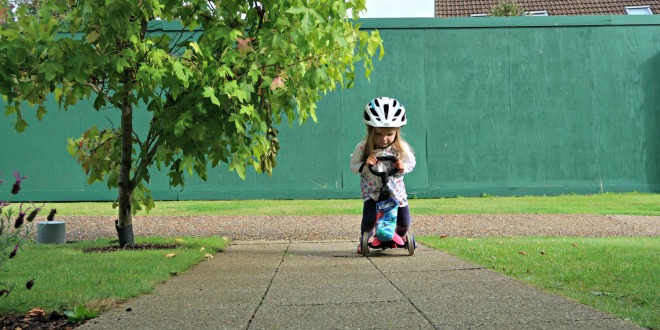 The weather was in tune with my emotions for our last day. It was gloomy and foggy. My heart felt heavy with sadness as we prepared to leave The West Bay Club. Staying in the House Of Liz Earle was just magical; it was a fantastic place to recuperate (as much as the girls would allow) in the evenings, for the girls to play safely outside, for us to take part in things we wouldn’t usually take part in and I honestly loved the community feel of the entire place.

P3 didn’t wake up until about 8am which was just typical. I had pretty much finished the packing the day before so we just needed to put away our toiletries and many cables that we have. The girls enjoyed some last minute riding on their bikes outside whilst poor Hubby went back and forth a million times to the car. I almost didn’t want to return the keys to the reception. We had toyed with a few ideas for our last few hours on the Isle Of Wight but it felt silly not to use our 7 Day Return ticket for Blackgang Chine. The fog made it barely possible to actually see the entrance but out of the fog came two magical creatures; a fairy and a wizard. I suddenly remember in was their Magical Mondays event. We stopped to get obligatory photos obviously.

Blackgang had already opened by the time we arrived and it felt much busier than the day before. I wonder if it’s one of the things people first do when arriving for a week or mid-week break. Our morning consisted of a faster walk through the entire Lands of Imaginations before making the decision to stop for some lunch. You can read a more in depth day out in yesterday’s post. We decided to get food at the Chine Cafe. We had been so pleased with the food yesterday that we felt obliged to eat again. We knew the girls would fill themselves up. We ended up sharing a pepperoni pizza and spent some time just chatting. There was about an hour and half left until the booked ferry slot so we decided to head early just in case they could fit us on earlier. I also really wanted the girls to have a sleep because P3 was quite grumpy again and kept throwing random tantrums. Luck was on my side as the girls fell asleep pretty quickly after getting in the car. Weirdly our TomTom decided to take us to the wrong ferry terminal so it was quite lucky that we had planned to be early and had the time to turn around and head the right way. Still to this day Hubby and I have no idea why it didn’t twig that the signs were saying “Southampton” and not “Portsmouth”. The girls woke just as we were boarding and were full of beans. This ferry was bigger than the one we travelled out on but was still an old fashioned one with brown interiors. We headed to the top floor so that we could venture outside on the deck if we needed to. The journey back to the mainland England was a little more rocky than I would have liked but I think my travel sickness is subsiding slightly with all the rides I’ve been experiencing lately. Our car journey home was very smooth with no traffic at all. I’d turned the girls DVD players on in the back so they were all really happy being awake for the hour and a half journey. As soon as I walked into the door of our own house I wanted to be back on the Isle Of Wight and at West Bay. We’ve now been home for two weeks and I miss the slower pace of life and all the beautiful countryside and coastal journeys. We hope to return to the Isle Of Wight next year and make it a tradition. As always, here’s our video:

Disclosure: This is a collaborative post.
Share
Previous IOW 2017 Day 7 – Blackgang Chine
Next End Of Summer Visit To Eagle Heights