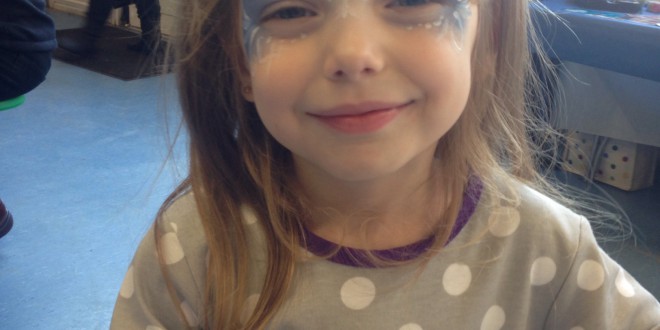 We’ve had to rearrange appointments to see P1s teacher several times due to illnesses, births and hospital visits but finally we managed to see the teacher with the SENCO yesterday afternoon.

We had a few things on our list to discuss. Concentration, BEAM (physiotherapy she was meant to be having during school) and coordination. We also needed an update on her academic side of things as I’d missed parents evening.

We were shown into the Head Teachers office as there was more space for us. We expressed our concerns and P1s teacher expressed hers. It seems the issues we have at home are also issues she has at school. In a way, this is reassuring, but it’s also slightly worrying. Her teacher certainly described P1 perfectly. We found out that she’s doing BEAM sessions three mornings a week.

There’s issues with listening. The teacher has to repeat things to her, she said that P1 tends to be in her own little world most of the time and obvious to certain situations. She commented that P1 likes to be “baby”-ed by her school friends and they in turn treat her younger. We agreed that it’s most likely because she’s small but I was always the opposite, I hated my friends picking me up or treating me like a baby.

Academically the teacher said that P1 is very bright. When she actually listens and gets on with her work, she does it with great passion and pride. P1 gets very upset if she isn’t given the chance to finish something. The teacher said that she really enjoys reading with P1 as she has a great imagination. Concentration and her listening skills are something we all have to monitor. There’s a possibility she may need some extra help at school.

Ultimately, I’m really proud of P1. She is happier at this school and her learning has really come on. The teacher reports that she is always surrounded by friends. It’s crazy to think that in 19 days she’ll be 6 years old!