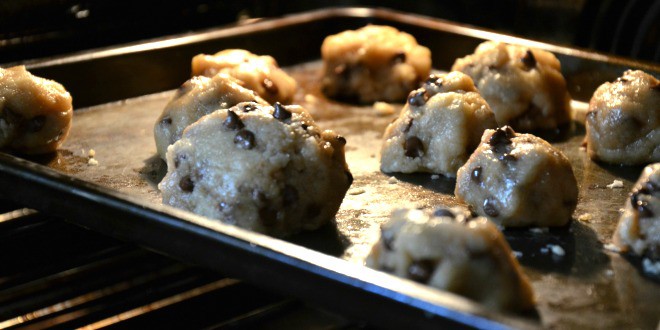 We’ve had an exciting ten days off school for half term but the end half really has seemed to drag. We’ve done something every day this week which is huge for us as we tend to use the half term to relax. We’ve been to soft play twice, P1 has had a sleepover, we’ve seen my MiL and BiL on the days we’ve spent at home, we visited the nature trail, we went to London for the Baby Show and took a trip on the Emirates Airline Cable Cars that go across the Thames (another post to be written).

Even though we’ve done a lot, the girls have really struggled with their behaviour. Yesterday, I really wanted to enjoy the last day we had at home as a family before things got back to normal and routines fell back in place. On the first day of half term P1 went with her daddy to buy cake ingredients as that was the one thing she wanted to do during half term, we’d been so busy that we hadn’t got round to doing it yet so I decided we’d do it together on the last day.

The girls really enjoyed baking cookies together and I was quite excited that the day may be a happy one unlike the previous few days. P3 had other ideas. I think she’s teething and she seems to be really struggling with it so our happy day soon turned disastrous and the sound of screaming rang in my ears.

The other two clearly sensed my stressed emotions and decided it would be fantastic to argue and fight with each other. Hubby was having his Sunday lie in so I was completely out numbered. Once hubby crawled out from his slumber, the girls seemed to switch into little angelic princesses and were happy, laughing and joking with their daddy. Typical!

The afternoon went quite smoothly and with the girls being really good now hubby decided to fill their paddling pool and give them a bath a little earlier than scheduled. It was all going well until we realised the ceiling was pouring with water. The time seemed to flash by at this point, emptying bowls of water, mopping up puddles of water that were freakishly close to the computer and laptop and telling the girls to be quiet for a bit because we were occupied with water and that their problems with the iPhone were not our concern at this point.

During the panic we received a phone call from my Grandad but I couldn’t get to it immediately. He left a worrying message so I quickly rang back. It was the icing on the cake. “Have the children got your phone, Jodie?” He asked. Well yes they had, watching Peppa Pig. Was he psychic?! “It’s just Auntie M has received a worrying phone call from them. P1 has said that ‘mummy doesn’t care about us’ is everything ok?” I could have died.

Apparently, P2 had phoned my Auntie somehow and P1 had spoken to her. My Auntie had asked for P1 to pass the phone to me, probably why P1 was telling me there was a problem with the phone when we told her to be quiet, and P1 had said that she couldn’t pass the phone because mummy didn’t care!

I felt angry and upset by the conversation P1 had had with my Auntie. We realised we’d never had the conversation about not answering the phone or speaking on the phone to anyone unless mummy or daddy are present so it wasn’t entirely her fault. The things she said could have got us in trouble. I’m thankful it was my Auntie on the receiving and we were able to explain the whole ordeal and laugh about it.

When bedtime eventually came last night I was so relieved. I’m extremely thankful for the half term to be over and P1 is now back to school. With the girls getting older it’s becoming very clear just how outnumbered we are with three.