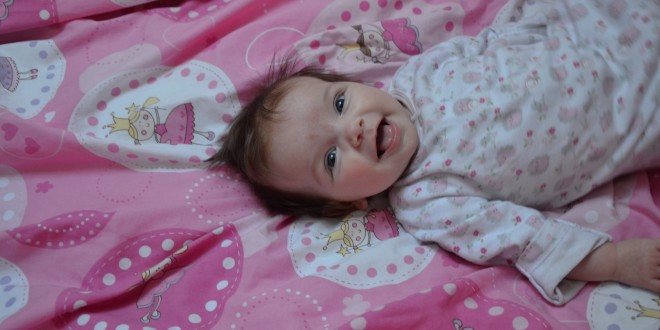 I’ve had nearly two years of broken sleep. Mr Google reckons this can have long-term side effects to your body functions. When we first introduced P3 to our nighttime routine, P2 was the reason for the 19months of sleepless nights. Then between the pair of them I was beginning to crumble. Things needed to change and change it did! P2 sleeps amazingly now. There’s the odd nights that I’ll hear her shout “mummy” but unless she’s crying, I ignore her. Then we don’t hear another peep until morning. She goes to bed with P1 at 7pm, they both get tucked into bed with kisses and cuddles then they are left. Door shut. Light off. Sometimes P2 will cry for a moment but most nights you don’t hear a thing. They both sleep until at least 8am which is amazing!! However, I’m not reaping any benefits for their 12hour block of sleep. Nothing at all because P3 is now the problem. Right at the beginning she would go to sleep properly at about 10:30pm, then wake twice in the night somewhere around 2/3am and then 5/6am. We had a few nights where she spent a good few hours in the night awake and the time when she would cry continuously for no reason. They were the worst. Then once she’d had her antibiotics, she would fall asleep around 8pm, wake briefly at about 11 when I went to bed and then sleep until 4:30am. I miss those nights. P3 is now in a routine. A bad one. It’s been like this for about two weeks. She has a real good moan before falling asleep at 8/9pm. She then briefly wakes like usual when I go to bed. Then she is extremely unsettled between 2-6:30am. I spend the hours replacing her dummy, rocking the SnuzPod, offering milk and switching Ewan the Dream Sheep on. Eventually I give up around 5:30-6:30 and come downstairs. Where of course, she falls asleep within about 10minutes.

By the time the other two appear, I’m exhausted and in some sort of fuzzy state of mind. I really hope we haven’t bred another one that won’t sleep for 19 months. I hope that as she grows and isn’t so little that she’ll start to sleep better and I’ll have the confidence to put her down to bed at night like her sisters do.

Share
Previous Disney On Ice 100 Years Of Magic Review
Next “Dear Peppa Pig, I have a bone to pick with you.”