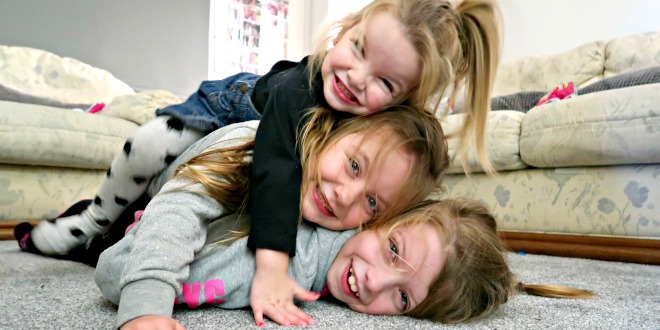 Juggling A Special Needs Child With A Sibling At School Too

I actually drafted the title of this post a good few weeks ago, just after I had to juggle the need to be in two places at once for two different children of mine. But actually even more has happened since then.

Since having two children in primary school and one in nursery, I have been really struggling to organise them. There are so many things to remember for each child; play dates, coffee mornings, performances, clubs, money to be paid and non-uniform days. Plus much more!

What I had forgotten was the fact that my eldest daughter has many medical appointments throughout the year, sometimes several in one month. Usually we’d take the other two with us as most are arranged in the afternoons when there was no nursery. We had received an appointment and realised after phoning the school to let them know I’d need to take P1 out of school early, that actually I needed to take P2 as well because there’s only one of me and I physically can’t be in two places at the same time.

I’m getting a little bit better with these situations as I’ve arranged play dates for P2 when I’ve had enough time to prepare one for her. But the logistics of it all is mental. Having a special needs child is demanding at the best of times but now it really does involve everyone.

Our most recent conundrum was a school assembly. The school newsletter had stated it started at 1:20pm and then we finally received an appointment for P1 to have specialist shoes. Something we’ve been waiting on for a long time. The appointment was booked for 3:15. This was perfect. I’d be able to watch her Assembly and take her straight from it to the hospital. However, a few days before the performance her teacher had advised that the time had changed. It was only because I was confirming my letter to him, and making sure that taking her at 2pm would be ok. Turns out the new performance time was 2:30.

I honestly felt like the world was crashing down around me. I know that sounds a bit extreme but this particular appointment was special to P1. She had some words to learn and some parts to play in it. This isn’t normal for her and I felt so excited to see her on the Friday.

There was no way we could be in two places when it was the same child required for the two different places. I’m still sad that she missed her class Assembly, it makes my tummy turn every time I think about it. She had prepared so well for it and had talked about it for weeks but there was nothing I could do to put it right. Her shoe appointment was equally important. It’s tough having the two in the same school. I have no idea how we will figure it all out when P3 joins in 2019. I am definitely welcoming any tips for juggling a special needs child with other siblings in the same school!!