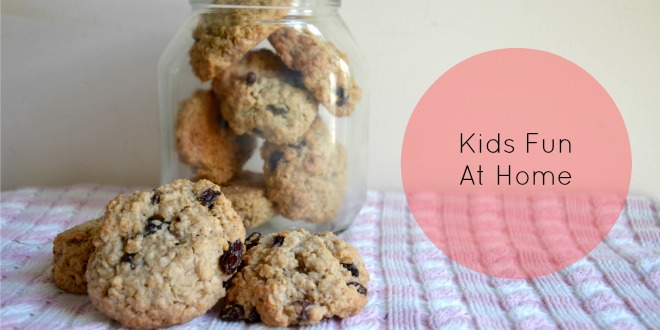 Kids Fun At Home with I MUNE NURTURE

We’ve been experiencing some pretty awful behaviour with P1 lately. I’ve been doing a lot of research about it because I desperately want to help her to control and understand her emotions as well as understand them myself. This weekend I’ve especially been changing the things we do. Normally we like to use the weekend to recooperate after a busy week of school, toddler play groups and shopping but I’ve come to realise that this probably isn’t what P1 really wants.

She hears all about the things we do during the week. Things we do without her. I don’t know why I never saw it before but she’s probably feeling extremely left out and craving attention but being only 6 years old she doesn’t know how to gain the attention she deserves in a good way. So this weekend we’ve mixed it up a bit and planned a couple of activities that we could do at home.

Hubby took P2 with him to Homebase yesterday morning after dropping P1, P3 and me to Tesco. I needed to get a few ingredients for the activities I’d planned. I was able to leisurely walk around the shop chatting to P1 which was really lovely.

When we got home I started by creating our gloop that was inspired from Friday during P2s taster session at preschool. It’s made by mixing cornflour, water and a bit of baby oil. You can also add food colouring for more fun but I don’t have any and think they are pretty expensive.

The idea is that the gloop mixture is solid when you pick it up but then starts to gloop through fingers. It’s seriously amazing and just like magic. We used our make-shift messy tray from the Cosatto cot top changer. The girls were so amazed, well P2 doesn’t like getting messy, but P1 and P3 played for ages with the gloop outside in the nice warm sun.

I then remembered that we were sent some kids drinks from I MUNE to try out and with the heat it was a perfect opportunity to rehydrate the girls. I MUNE was created by Lucie and Derek, parents to three beautiful children, when they found a gap in the market for a drink that is not only convenient but healthy too. NURTURE is designed for children aged 2-5 years and is packed with vitamin B3, B5, B9, B12, C, D, calcium, zinc and Wellmune beta glucans to help support a healthy immune system.

NURTURE comes sealed in a lovely aseptic pouch which has a non-spill spout which to use you have to push it in as you drink. This feature took the girls a little while to understand and even I struggled a little bit when trying to take a sip so I could personally comment on the flavours. I love how they are non-spill though as children tend to want to squeeze anything that’s in a pouch and there would be mess everywhere if it wasn’t non-spill.

NURTURE comes in two flavours; strawberry & cherry and pineapple & orange. Each 200ml pouch contains 100% of the optimum daily amounts of the included vitamins which are recommended for 2 year old. I think these are a great way to get vitamins into your child without it being such a fuss and with them being inside a non-spill pouch it means they can come pretty much everywhere for a quick hydration solution. I found the taste a little sweet for my liking but the children, being naturally sweet toothed, loved them. Hubby then took P2 to see my MiL at a little fete. Leaving P1, P3 and me at home. This weekend I’m trying to focus on P1. What she wants to do and her needs first before the other two. Since the arrival of both her sisters we have shamefully pushed her aside a little and I want that to change and ultimately it’s only me who can change it.

P1 loves cooking. In fact she loves everything creative relate and that’s why we made gloop earlier. So I decided to make cookies but not the usual chocolate chip boring ones, oats and raisins (recipe below). I wanted something a little more tricky for her to get her hands into. I used it as an opportunity to get all the senses involved. Asking her to sniff the vanilla extract and the cinnamon. She then had to pick up the dough to create the cookies. I even caught her eating some of the mixture. Those cookies are the best we’ve ever made. I’m so proud! Not once did we argue or have tears or tantrums. She was good as gold and really enjoyed herself. I let her pick what she wanted for lunch and we sat and made the most of our time together. P3 slept the whole time we were baking cookies which was fabulous.

From what I’ve read being too strict, something we are guilty of, can play a part in the symptoms that P1 is showing. Her lying and attention seeking. It’s been a struggle to keep quiet when there’s playdoh everywhere and when she’s sticking it to new dominos but I want us to be happier and connected once again. Tonight’s bedtime has gone much smoother and there’s been no shouting or telling off all day.

It’s certainly a step in the right direction. And as promised here’s our oats and raisin cookie recipe.

A healthy drink for children, boosting their immune system and helping to keep them healthy.