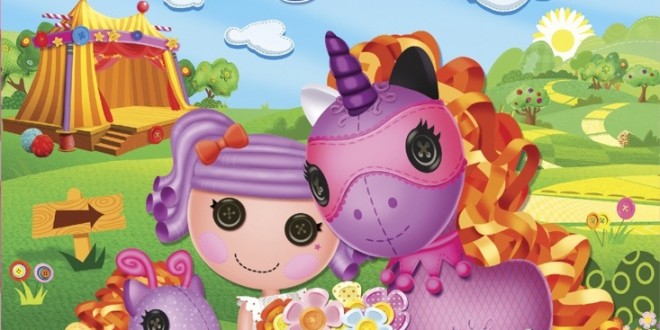 Lalaloopsy has arrived into our house in full swing. We’d only ever seen tv adverts for their toys and P1 was desperate for some so I was rather excited to be offered the chance of reviewing their new DVD, Lalaloopsy Ponies – The Big Show. For a little girl who isn’t keen on buttons, don’t ask, this DVD is a complete hit!! P1 has watched the film every day, twice a day during the week and I’ve lost count the amount of times she’s watched it during the weekend. She’s always asking for it on and will even watch it again straight from it finishing!

The story plot is basically about the Lalaloopsy girls welcoming their new friends, the talking ponies, and they have to work together to rebuild their caravan and carousel ready for the Big Show. It’s a very sweet film and is clearly loved by P1.

The DVD gets released on the 26th May 2014 over here in the UK and can be preordered over on Amazon.

(I was sent a copy of the new DVD free of charge for the purpose of this review. However, all opinions are of my own)