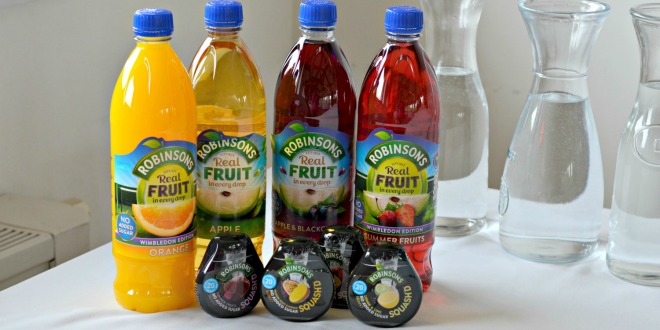 Learning About Water With Robinsons #EnjoyMoreWater

The first half of our half term was pretty pants. Our car is in the garage again because the garage has messed up big time so we were left confined to our house for a few days. With several planned blog trips to attend we decided to hire a car. Going from the Range Rover to a little Vauxhall Mokka has been very strange. The space is just so incredibly different. We picked the rental car up on Wednesday morning before heading off for an adventure to London Wetland Centre. Robinsons, the well known drink brand, had invited us along for a fun day of activities and learning which we’d been so excited about since receiving the “you’ve been picked” email. Despite a bit of travel sickness from P3, we arrived super early to the Wetland Centre. The centre is so peaceful and you’d have no idea that you are actually in London. We were directed into the centre and found the Robinsons team. The room was decorated so beautiful with fruits made out of balloons which I thought was super clever. There was a tree that attracted the kids that was made out of balloons too. That person is talented!! We were introduced to the team and allowed to help ourselves to some delicious refreshments of fruit, pastries and of course some Robinsons squash as we waited for other bloggers to arrive. I recognised a few like Alice from New Young Mum, Elfra from Californian Mum In London and Chelle from The Mumington Post. We were all sat down to have a chat. A brief introduction of how the day would be laid out, then the kids all went off for some fun activities like pond dipping and bug finding in logs whilst us adults were able to learn about the importance of water. We all know we should be drinking water throughout the day but I actually didn’t realise just how much water our body needed and why it needed it. Thankfully I quite enjoy drinking plain water but others seemed very happy to learn that actually tea and coffee does count to your daily fluid intake. The majority of a humans body is made up of water. Water plays a key part in so many bodily functions such as the obvious like tears, saliva, sweating and going to the toilet, but also your reactions to things and even joints. Dehydration can make you feel lousy but if you aren’t getting enough water each and every day it can also have long term effects on your memory, your tiredness and so much more. We try our best to drink lots as a family but I am nearly certain my girls don’t drink enough each day which is quite worrying really. Following on from our talk with Robinsons we were handed the most beautiful hamper of food I have ever seen. Not only did the hamper itself look so pretty (I’m kinda gutted we didn’t get to take it back with us) but the packaged food inside was super cute. The variety of food given in our little picnic was really good too. Unfortunately the weather was pants otherwise I think we would have been taken outside for a proper picnic, instead we all sat indoors and enjoyed an intimate picnic. P3 was actually asleep at this point thankfully as she had been a nightmare during the talk. We were able to sample some of the Robinsons range including the little Robinsons Squash’d, which are little squeezable tubs that are great for the work place environment or to pop in your handbag to spruce up the flavour of your water. I learnt on Wednesday that Robinsons has actually removed all the full sugar range and instead they only have no added sugar versions of squash. After our delicious lunch we were taken out into the fresh air for a mini guided tour. We were able to feed the many different variety of ducks and listened to the man talk about each one with such passion. It was lovely and the girls really enjoyed feeding them. Especially the really stunning black swans. I don’t think I’ve ever seen a black swan. The tour lasted about half an hour which was a great time for exploring and seeing more of the London Wetland Centre, however it was a bit gloomy and we decided to head indoors to the little play zone which had water based learning activities. We decided not to stay much longer after that as we still had a long journey home during rush hour, which effected us quite a bit and throughout the journey home we didn’t go very much past a crawling pace. We had such a lovely day at the Robinsons event. My eyes were really opened of the important role that water plays in our daily lives and in our environment too. I recorded a little video of our day which you can see here:

Disclosure: We were compensated travel to the London Wetlands Centre. However, all opinions and content remain my own
Share
Previous A Brand New Design
Next Peanut Butter Overnight Oats Recipe