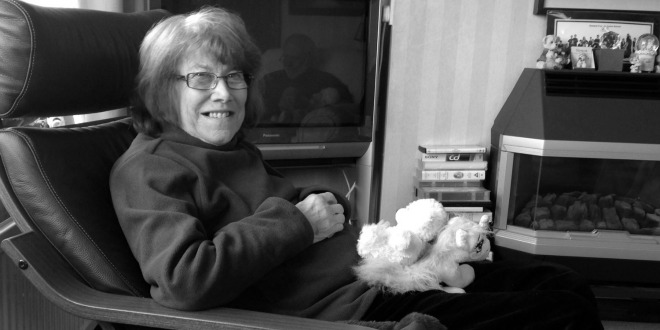 On this day four years ago my biggest baby, P1, started her primary school education back in Essex. That day holds so many precious memories. I’d dropped P1 off at school on time, not knowing anybody as we had been through an appeals process and subsequently missed any taster sessions they had. I needed to return back to the school as soon as possible with her birth certificate. My Grandad had the original in his safe so I had to pop back to their house for it.

My Nan was still in bed past 9am which was so unlike her. We laughed about it together and I’d told her that it really didn’t matter. She had only recently got back from a long admittance to hospital so if anybody deserved a lay in, it was her. We received a phone call from P1s school to tell us not to be alarmed but P1 had bit into her tongue and it was bleeding quite a lot. They wanted us to pop by and check for ourselves. Her first day at school ended up with a trip to A & E as her tongue was pretty horrible looking. She had blood stained down the front of her new school uniform. I thought we’d be in the hospital for ages waiting to be seen, but it was only about an hour or so. I felt so awful for P1 to be experiencing such an eventful first day. She was put on a liquid diet and not much else could be done for her.

Literally just as we were getting ready to get out of the car at our house, I received the worst phone call of my life. My Nan was in a bad way and we needed to get to the hospital. A few seconds later, I was told to go straight to my Nan and Grandad’s house as things really were not good. By the time we had got there, my poor Nan had gone. The 3rd of September was such a traumatic day for everybody. It’s been four years since I lost that beautiful lady. There’s not a day that goes by when I don’t think about her or remember random funny things. It feels like such an incredibly long time ago that I had that very last conversation and laugh. Yet four years is such a short amount of time really.

I used to write monthly, then yearly but last year I just couldn’t find the right words. I think that this year is such a big year that I felt compelled to write something. It always makes me so upset when I try to find photos of my Nan. She wasn’t too keen on having her photo taken, unlike my Grandad, and I really don’t have many photos of my Nan. I regret that. I have been feeling really sad lately. My Grandad has been feeling very tired and I think I am realising just how short life is. It’s precious. I keep feeling upset that P1’s memories of my Nan are fading rapidly. They had such a great bond and she is who she is because of my Grandparents, just like I am. The fact that P2 has no memories because she was so young when my Nan passed away, is so upsetting. It’s even worse that P3 never actually knew her.

I hope my Nan is up there feeling proud of me and my little family. I miss her so much that when I think about it too much I can feel the pain all over again.