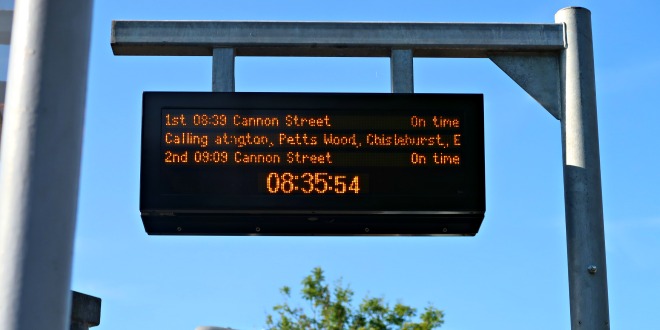 Originally Sunday was meant to be a family day, but I woke up with a very poorly P3 in my bed and with P1 who could not walk due to an injury the day before. I felt really sad because we were meant to be heading to London for a film preview of The Nut Job 2. I desperately didn’t want to miss it but also didn’t want Hubby and the rest of my gang to miss it too. In the end Hubby suggested that I just take P2 by train. This actually really excited me. It’s extremely rare, in fact I’m not sure it has ever happened before, for me to have alone time with just P2. That’s what happens when you have three and have to juggle the world in your two hands. We named it a girly day and P2 was very excited albeit a little bored on the train. We arrived at the venue after a train journey and a half an hour walk. I’m so glad I opted to take the pushchair for P2. It immediately became clear that this was a more intimate affair rather than the busy screening we experienced with Secret Life Of Pets. We was greeted by an archway of balloons with balloon characters from The Nut Job 2 on. P2 got stuck in with the activities. She made an owl mask and took so much time on it, despite it just being blue. I tried to entice her to have her face painted by getting my own temporary tattoo of the pug character, Precious. My attempts failed. We were lucky to be provided with breakfast of pastries, fruit, cute acorn shaped shortbread biscuits and many different fruit juices too. I recognised a few other bloggers so managed to have a little chat with them. Then we all headed in for the film preview. Apparently we were the first in the UK to see the new The Nut Job 2 which was super exciting. On our cinema chair we had been provided with healthy popcorn, chickpea chips and a smoothie drink. Perfect snacks to consume whilst watching the film. I was really impressed by the film. P2 loved it and was talking about it throughout, getting excited at certain bits and holding my hand for others. Warner Bros have done yet another amazing job on a children’s film. I felt gutted that the other two couldn’t see it and will have to take them to the cinema at some point. The film is actually out officially in cinemas today (11th August 2017).

I walked the long walk back to the train station with three rather annoying balloons attached to the pushchair and a child with a pug mask on. We popped in to Cafe Nero for a sausage and cheese panini to eat on our journey home. It was so much fun having just one child and being able to have uninterrupted conversations with her. We chatted about so much and I sort of felt sad to be returning to take over the nurse duties of looking after P3 and P1. I must make more of an effort to arrange little trips with each of my girls equally. Once a month each or something like that.

Here’s a video from our weekend!

Share
Previous Drama & Destruction Wherever We Go
Next Siblings 2017 – August

All About Dogs Show & Mum’s First Birthday In Heaven

Learning To Read With The Bear Can Read

Out In The Wilderness From Tales By Mail

There are hundreds of different subscription boxes now on the market, anything from crafts and …