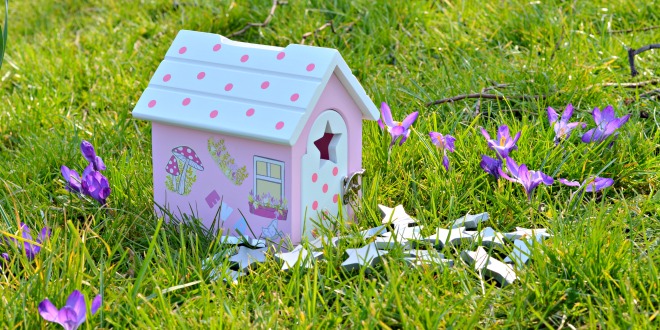 The Reward Box Review and An Easter Giveaway

The terrible twos were not that terrible for us but P2 turned 3 in February, the milestone from toddler to preschooler seems to have brought with it significant behaviour issues that need to be addressed rather than swept under the carpet as a phase. I have never been one that believes in reward systems. Recently we have been keeping a tally chart for our 7 year old for chores and good behaviour so that she can earn points which get turned into minutes she’s allowed on her iPad at the weekends. This has been really working so we thought we’d give a reward system a go with P2, however I’m not sure little lines on a piece of paper is quite as exciting for a 3 year old. Thankfully The Fairy Reward Box arrived at our door to hopefully save our sanity. The thing is, her behaviour isn’t just the defiant type at the moment, she’s actually being quite viscous and nasty towards her sisters and me. Biting, smacking and pushing. The Fairy Reward Box is made from wood and comes with 20 silver wooden stars that you post through the slit in the top. You can also get a personalisation kit which are cute little stickers in the fairy theme. I took P2 outside for some alone time whilst her baby sister had her nap with Daddy and it gave us a lovely opportunity to bond and discuss the whole concept of the Fairy Reward Box. I explained to her that if she does nice things and plays nicely with her sisters, then she can earn a star. She will also earn a star if she doesn’t wet her bed (something we are improving on) and if she doesn’t call me in the night. When she has reached 10 stars a fairy will come along and exchange her stars for a treat. The Fairy Reward Box is a fantastic tool for ages 18 months and beyond. The site suggests around 8 years but I think this would make a great money box, a special box to keep keepsakes in or even jewellery. There are many ideas on how you can reward the different age groups on the website here but for P2 we are thinking a Kinder Egg, a pot of playdoh or a trip somewhere would be a lovely idea as she is always very grateful of gifts anyway. P2s behaviour has already improved after using the Fairy Reward box for just a few days. It feels like she has a goal now. One thing we are not going to be doing is removing the stars. The box is aimed to focus on the good things she achieves and on the first day she managed to get two stars; one for doing so well in her nursery sports event and the second for doing really well sticking the stickers on her fairy box and helping me to take photos.

The Fairy Reward Box costs £35 and the personalisation stickers are £5 each. This probably seems a little expensive for a reward system but the quality of the box is so superb that I do honestly think it’s worth it. The excitement that P2 has over this box would make every penny worth it and of course better behaviour is the key. I love that The Reward Box also offer bundles of two Fairy Boxes with personalisation kits. They also have a Pirate option and can do mixed bundles with one fairy and one pirate. I have teamed up with The Reward Box and Zac & Lily to offer a special little Easter treat for one of my readers. I have a Reward Box just like ours to give or you could pick the Pirate box for your Pirate fans. I also have a scrumptious Chocolate Hot Cross Bun Kit which comes with nearly all the ingredients to make some delicious buns, all you need to do is add milk, butter and an egg. Personally I’m a little jealous we didn’t get one. Enter using the form below. Giveaway closes Sunday 3rd April at midnight. Good luck!

Easter Giveaway with The Reward Box and Zac & Lily

Disclosure: The Fairy Reward Box and Personalisation Kit was sent to me free of charge for the purpose of this review. However, all opinions remain my own. The competition winner will need to provide a UK address of residence and details will be passed on to the companies involved.

Behaviour has improved so much since we have started using the Reward Box. It is made out of wood and really great quality.