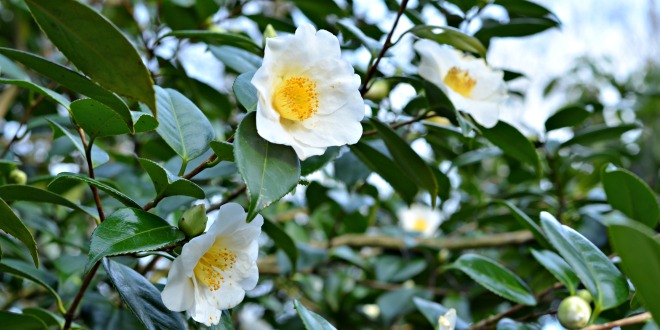 An MRI Scan On A 3 Year Old

I really love the Timehop app sometimes. It reminds you of the insignificant events of your life and the really important ones that you shouldn’t forget but do. A few days ago it showed me a status where I was feeling apprehensive about the MRI scan my eldest had to have. It was four years ago today.

The photos in this post are not fantastic and I’ve recently promised myself I wouldn’t be posting photos taken from my mobile, but on this occasion, I wasn’t blogging four years ago but I definitely want to document it. What I can remember of it anyway.

P1 was born 7 weeks early at 33+1 weeks pregnant. Although she did relatively well on a whole, she had problems that became evident as she grew. An operation at 5 weeks old for Pyloric Stenosis, her Hypermobility was diagnosed at 18 months, mild dyspraxia and diplegia, and they have been concerned about her growth doing growth tests and bone scans.

The MRI scan was conducted as they were worried that her leg control and pencil control could be being caused by a neurological issue. Cerebral Palsy was the main worry. To a child especially one who’s only just turned 3 years old, the MRI is a rather scary environment. They have to be very still, not moving a muscle, and be slid inside a giant tube. Sedation is the safest and calmest way for a child.

I was terrified about her being put to sleep but in reality this wasn’t the first time. I was quite confident that she’d be ok yet this didn’t stop me feeling extremely terrified for her. That those last hours or minutes leading up to it could be our last. I think the appointment was at 8am but like always we were early. The first to arrive. They do the scheduled children’s MRI scans in batches each week and there was going to be 5 children that morning all in for the same thing for different reasons. We were the first to arrive, remember this it’s important. I’d packed a bag full of colouring, her favourite panda and a special Lion cuddly that even now she cherishes because he was her hospital buddy. I kept her in her pjs for comfort and my Mum had come along too for support and an extra entertainer for P1. Looking back at the photos makes me realise just how little she was going through all of this. The nurse was lovely, P1 was given magic cream and a cannula put in her hand by 9am. She didn’t even flinch!

Unfortunately, it wasn’t a first come first serve situation for the sedation and MRI, they ordered the children in their situations. Some who were disabled and needed the whole ordeal over a little quicker than others etc. So out of the 5 children on the ward, P1 was going to be the 4th to be sedated. One every half an hour ish, so we already knew we’d be waiting at least 2 hours with a starving hungry 3 year old. We made good use of the children’s ward toy room. P1s mood so chirpy and happy like always. My tummy doing somersaults with nerves. We read to her, played dressing up and puzzles. A little before 11am she was sedated. The medicine went into her cannula and she fell straight to sleep. Just like she normally would.

I was allowed to stay with her. She was wheeled on the bed down to the MRI room and I was given a special coat so that I could stand next to the machine as it did the scanning. She was lifeless going into the tube and then the MRI started up. It was the loudest thing I’ve ever heard even with ear protectors on and it was very clear exactly why she’d been sedated! It was over and done with within about half an hour and she was back on the ward to sleep the sedation off and wake up so we could go home. I was told she had to eat something and go to the toilet when she wakes before she would be allowed home, to make sure all her body functions had woken up too.

We watched eagerly as the other children came round, some upset and some as if nothing had happened. They ate and went to the toilet and then was discharged pretty quickly. All the while, P1 lay peaceful in dream land with her lion by her side. The at 4pm, just over 5 hours after being sedated, sleeping beauty woke. All the other children had long gone home. P1 was hilarious. She was very “drunk” and wobbly and speaking complete nonsense as she came back to the real world. I was keen to get her eating so got out the lunch box is packed which contained a savoury meal and a sweet drink. Thankfully she kept it down and she went for a wee pretty quickly but we weren’t allowed home just yet as P1 was still incredibly wobbly and needed her cannula removed.

I think we were discharged around 6/6:30 and she was home in bed by 7:30pm. We’d been in hospital for nearly 12 hours and I was utterly exhausted from all the emotions running through me and the lack of sleep from the worrying the night before. On a whole it went really well and when the results came through it was positive news. She didn’t have a neurological problem. Which of course was exactly what we hoped for but at the same time I felt like I still didn’t have answers to all her problems and that she keeps getting out through various tests and appointment for no reason. So much has happened since that MRI scan four years ago and we are probably no closer to figuring out exactly why P1 is how she is.

I don’t show it as much as I should do, but each and every day I am so proud of her. The strength she has inside to keep going despite her body weaknesses. I need to give her more credit really.