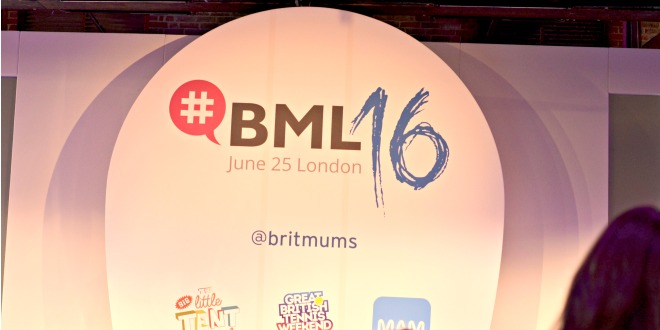 My Experience Of #BML16

At 7:30am last week I was stood with Hubby at the train station after leaving our smallest baby in the car with my MiL. It was the first time we’d ever left her overnight before so both of us were pretty nervous. In fact I felt quite sick and had barely eaten from nerves but also excitement because we were doing all of this for a reason. I was heading off to #BML16 (previously known as BritMums Live) in London, the UKs biggest blogging and social media conference. This year I was sponsored by Yankee Candle which was a huge privilege. Our train was on time which is always a good thing. There was three other bloggers on the exact train as us but I, rudely, decided to just sit with hubby and spend some child free time with him before we departed each other’s company for a long day ahead. We called an uber taxi from London Bridge taxi as I seem to try to avoid the tube at all costs lately. I know, posh snob or what?! Any way, we arrived with plenty of time to spare, I kissed hubby on his way and headed into the Brewery. There was loads of bloggers already there but only a few that I recognised. Immediately I tagged on with Donna whilst we waited for registration to start. I was soon joined by the three bloggers I’d left on the train; Fran, Emily and Marie-Claire. This is the first year that I’ve actually had someone to talk to as previous years I stood nervously on my own. The conference was a little different this year as it was only over one day instead of two, registration was in a different place so that immediately threw me a little but I thought it actually worked much better being in the main hall where the welcome and bits began. I had already planned out which talks I wanted to attend but funny enough changed my mind on a couple. Although I don’t think I learnt too much from the talks like I had in the first year I went, I did find them really useful. I think I have a different head on this year as I’m not really a newbie anymore. I think they seemed very PR focused or earning money or photography based which is probably what people asked for in the feedback form last year, but I think I was hoping for more inspiring hands on sessions or writing ones. I’m not sure really. Lunch soon came round and I was able to chat to a few bloggers that I’d been keeping my eye out for. Marie-Claire was so confident in speaking to new people which I think really helped boost my confidence too and I even made a new blogging friend, Suranjita who blogs at Mum Ways. It was really wonderful to see the very heavily pregnant Amber from Goblin Child and Chloe with her very new baby boy too. The food wasn’t overly fantastic as usual but was far better than last year. It must be so hard to cater for 500 people all at once but luckily there was plenty of cake to go round. The brands were a little slacking this year I think but the ones I did get to speak to were so friendly. I’ve picked up some useful tips from other bloggers and learnt about the Bollox campaign which had a semi naked, very oiled up man wandering about in his Bollox Boxers. I didn’t dare take a photo of him as it felt a little awkward so the cardboard cut out will have to satisfy you. Marie-Claire pushed me out of my comfort zone to speak to a travel brand that was there and I’m so glad she did. In fact it was a real pleasure to spend my day with her. I spent the award ceremony with Emily, Charlotte and Alex which was great fun and congratulations to all those who won BiBs awards, they were all very deserved. Hubby then met me in the rain to walk back to the hotel. It was such a long day and I was pretty exhausted and very hungry so I was really looking forward to the prepaid dinner and then a nice long, uninterrupted sleep. But the hotel had other plans for us.

I don’t feel like they deserve my time in writing a huge post about how terrible the Travelodge City Central were but food was unorganised, staff were rude and we had to get a refund and eat elsewhere. Then on the first completely child free night we’d had in 21 months, we were woken by a 5am fire alarm where no staff were present. Then the one staff member who finally showed his face didn’t have a clue what to do and we seemed to be taking a tour of the streets. Hundreds of guests either in clothes from the night before (me, dirty stop out who forgot her pjs) or standing freezing in their pjs.

On a whole, I had a completely wonderful experience of #BML16 this year but I most definitely want it to be a two day event again. Purely for my own sanity because it’s taken me this long to recover and catch up on all the energy lost from chatting, learning and spending the day in high heels. Oh and thank you Yankee Candle for making this year possible. Here’s the video of my day: