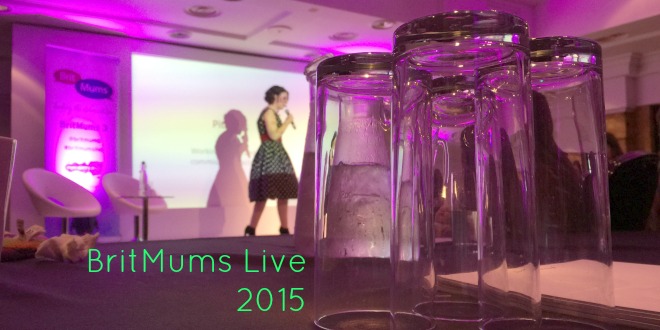 My Experience of BritMums Live 2015

If you are in the blogging community, attended BritMums Live or like (god forbid) Best Buggy UK on Facebook then you will already know what I’m about to talk about. For those lucky ones who are blissfully unaware, on returning home from BritMums Live 2015 on Saturday it was made aware to me that I, along with a few other bloggers, had had a photo taken of us and posted onto Best Buggy UK Facebook page.

I’d arranged for the Babes In Arms bloggers to meet in the outside area to have a photo taken as a memorable moment of BritMums Live. A few turned up (photos at the bottom of this post) and we were enjoying ourselves. This photo was different. As a blogger you are very aware that you are publicly sharing photos of your children, talking intimately about your lives and of course if you’re lucky this content will get shared and that’s how the blogging community works and how bloggers become successful. But this wasn’t a shared photo of happy times it was a photo taken sneakily from a window of the hotel at The Brewery by a blogger attending the event.

Some of you are probably still sitting there wondering why it would be such a crime to have a photo taken of us at a blogging event. This photo was accompanied by a huge post written by Best Buggy UK which is run by Justine Cornforth, slating us as parents and saying that we were putting our children at risk of SIDS and other development problems by using our Doona carseats for the blogging conference as they were in them for the whole two days. It was truly devastating to find out someone had not only taken the photo originally but also sent it to Best Buggy UK who had shared and wrote such nasty things about us. One thing it did show was the huge community support that we have behind us as other bloggers rose to defend us and explained the facts.

That silly little blogger who took the photo (Who we know)has not managed to dampen the time I actually had at BritMums Live as I, and the other bloggers it was aimed at, know full well at no point during the conference were we putting our children at risk. Our babies were barely in their Doona’s and we were certainly note promoting prolonged use of a carseat. The Doona came in very useful whilst I was being wrapped up in loo roll to break a Guiness World Record of the most “mummies” wrapped in 3 minutes.

Congratulations to all the bloggers at #britmumslive – a new Most People Wrapped as Mummies in 3 mins record with 51! pic.twitter.com/NB77J4cSyv On the Friday we had a pretty relaxed morning finishing packing and sending P1 & P2 to their Grandparents (different Grandparents) for the weekend. We headed to the train station with P3 in her Doona and began our travels up to London. I always hate going on the slow train from our local station instead of the main town one as it seems to take forever, but P3 was wide awake for the first time on a train and was in complete awe of it. We watched her eyes scatter about trying to focus. It was adorable and she spent the train journey on our laps.

We then had to walk from London Charing Cross all the way to our hotel as it was a couple of tube changes that we just couldn’t be bothered to do so we walked. Giving P3 the chance to have a short nap before arriving at the hotel. I was in my wedge heels and was totally shocked that I managed to walk the whole way. The hotel was beautiful and I’ve blogged about our stay at the Citadines Holborn-Covent Garden here. From the hotel we then walked to The Brewery where BritMums Live was being held.

I felt my nerves and the butterflies fluttering around my stomach as I got closer and on arriving I panicked inside about how I’d manage with the Doona and with P3. But I’m pleased to say it all went ok. I signed in, grabbed my badge and headed to meet the brands and seek out the bloggers I had mentally made a note to say hi to.

I didn’t really know what I wanted to get out of BritMums Live this year. Last year I was still quite a new blogger and wasn’t recognised by anyone. I spent the weekend wandering around on my own and spending some time with Chloe from Sorry About The Mess. Being a newer blogger I had so much to learn and came away learning so much. This year I wasn’t that impressed with the sessions, nor the brands if I’m completely honest. I didn’t learn anything new but it was thoroughly interesting to hear other’s ideas and thoughts on certain things. The bit I really did enjoy though was the social side of things. Meeting and chatting with bloggers I’ve followed even before last years conference but never had the courage to actually meet face to face. I gained some confidence whilst being in a room surrounded by over 700 women and a few men. I even found myself approaching the brands myself and asking them all about their companies etc. P3 even managed to bag herself a Cat in the Hat toy, which is super scary but she loves it. A huge congratulations to all the winners of the BiBs Awards. They were all thoroughly deserving. I also want to say thank you to all who contributed to my time at BritMums, being my sponsor Fisher-Price, Citadines for putting us up in their hotel, Frugi & My 1st Years & Shmuncki for providing P3 with some beautiful outfits.

There was also some friendly and lovely bloggers I got to meet and thank you to all of them for making my time so brilliant this year. Personally I wanted to say a Huge thank you to Laura from Mummy’s Zone and Kerry from Oh So Amelia for being my Doona Buddies and going through the awful ordeal with me.